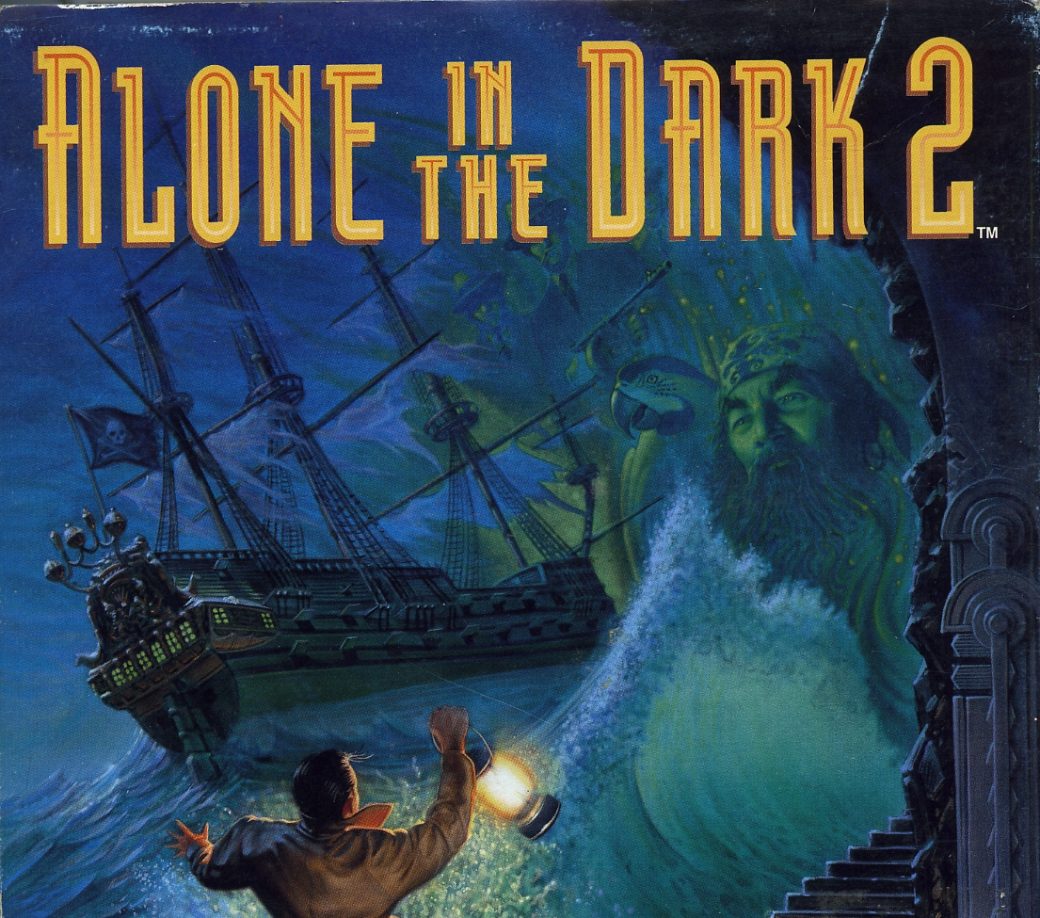 AitD2 had a few different names based on region and what system you played it for : (Wiki) “Alone in the Dark 2 is the 1993 sequel to 1992’s survival horror video game Alone in the Dark developed and published by Infogrames as the second installment in the series. It was ported to the PC-98 and FM Towns in 1994 and to the 3DO Interactive Multiplayer in 1995 under the same name, and to the Sega Saturn and PlayStation in 1996 as Alone in the Dark: Jack is Back in Europe, and renamed as Alone in the Dark: One-Eyed Jack’s Revenge in North America.”

The game again showcases the early polygon style of the first title, though it feels like it runs a touch smoother. The CD version again features voice-over.

I once again use the Daum build for this to smooth out the polys a bit and clean up the text pixelation.