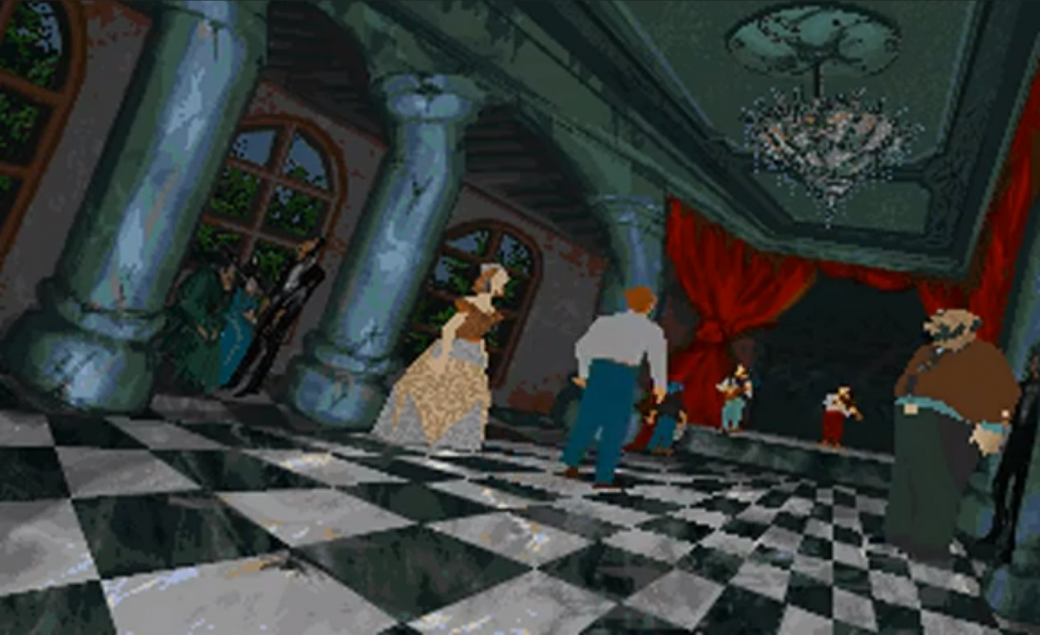 Edward Carnby returns once again for the 3rd installment in the Alone in the Dark series, this time with a Wild west theme. again the daum build of DosBox was used here with the same settings for 1 & 2.

Plot info via Wikipedia: “It’s 1925 and after Edward Carnby’s success in his previous two investigations, a journalist has nicknamed him the ‘Supernatural Private Eye’. This time, he is called to investigate the disappearance of a film crew at a two-bit ghost town known by the name of Slaughter Gulch located in the Mojave Desert in California.

Among the disappeared crew is Emily Hartwood, Jeremy Hartwood’s niece from the original. Edward soon discovers that a curse has gripped the town, and an evil cowboy from the Badlands named Jed Stone is the villain who is responsible for the crew’s disappearance. Lurking around town are many trigger-happy sharpshooters, deranged prospectors, and bloodthirsty lost souls whom Edward must ward off with both his strength and his wit.”