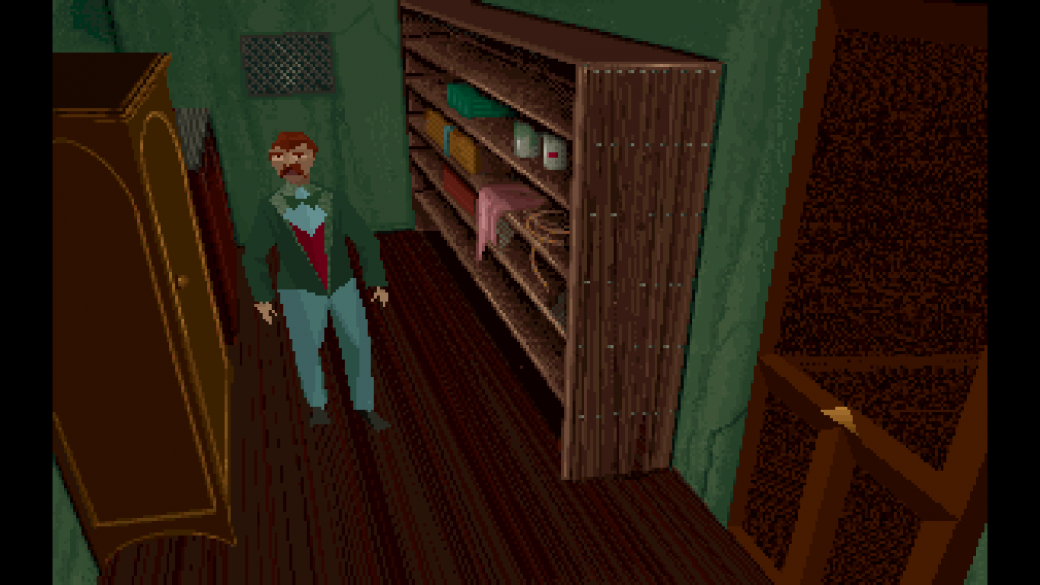 The intro for both characters from the CD-Rom version of Alone in the Dark, featuring voice-over and Redbook audio. Presented in 4:3 aspect ration at 1440 (1920×1440).

Lately I generally use the ECE build of Dosbox with a normal5/6x scaler. Early polygon-based games are a bit rougher than standard pixelation for me, so for this one I reverted to a Daum build with the Hq3x scaler and the 5xbr shader to smooth things out a bit.

Additional info from Wikipedia: Alone in the Dark is considered a forefather of the survival horror genre, and its influence can be seen on the Resident Evil franchise. Alone in the Dark has also spawned four follow-up games as part of the series, as well as two movies loosely based on them.

Players choose between a male or female protagonist (Edward Carnby or Emily Hartwood respectively), and are then trapped inside the haunted mansion of Derceto. The player character starts in the attic, having ascended to the top of the mansion without incident, and is tasked with finding a way out of the mansion while avoiding, outsmarting or defeating various supernatural enemies including slave zombies and giant bipedal rat-like creatures. Though able to kill most enemies with simply fists and feet, the player character can also find and utilize weapons.