So, a busy week keep me from re-capping last week’s episode 5, but here I am finally ready to discuss episode 6 at the last-minute. Boardwalk Empire Episode 6 to me was the by far the strongest episode of the series after the pilot episode. I would go even as far as to say it’s the best episode of this young series. There were strong developments with all characters this week. 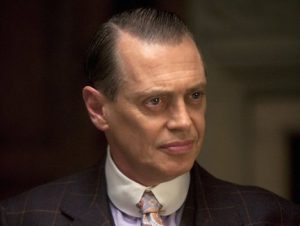 Lucy, Nucky’s “girlfriend” since the beginning of the show has obviously become aware of his involvement with the recently widowed Mrs. Schroeder, going so far as to make sure to mark him both literally and figuratively via scratch marks on his chest and a visit to the French boutique where Margaret works. I get the impression that Margaret feels like there is security and possibly a future with Nucky, though she doesn’t like feeling virtually like a prostitute.

Nucky give her the illusions of legitimacy, only to leave them shattered by the end of the episode; left alone in the dark, dressed for the dinner and party she was promised that never happened. She is painfully aware of her “concubine” status thanks to one of her new neighbors in the luxury apartments Nucky set her up in. Meanwhile Nucky is with one of his politician friends at the whore-house, “trying to be good”. As is the underlying theme of the series, the pro retorts with, “it’s too late to be good.” We do get valuable info for Nucky; his presidential horse may be lame.

Just a brief amount on the feds, but important none-the-less. Michael Shannon’s Agent Van Alden get’s some character development in this episode. The home office seems to think he’s gone off the rails, much to his chagrin. Of course, the issue here is that he really is kinda crazy. This is greatly evidenced by his self-torture bit with a knotted belt that plays against Margaret sitting in the dark. A nice contrast, self-inflicted physical pain vs. self-inflicted emotional pain. 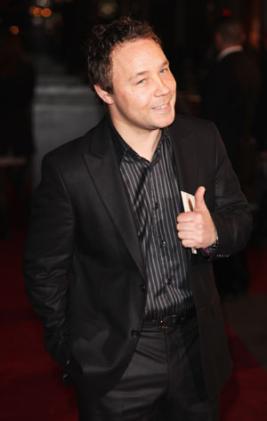 After this episode it should be more like Al and Jimmy. Obviously this story is about Capone before he’s big time, and the show focuses on Michael Pitt’s Jimmy. But Stephen Graham was the star of this episode and is a much stronger character at this point to me.

Jimmy and Al take Greek Town for Torio, quite forcibly. The plan by Jimmy leaves their opponents dead via a delayed ambush. They really thought they had the upper-hand, but far from it. The praise Jimmy receives as a result rankles Al and they trade jibes at an after-party. This leads to what tensely builds as a possible altercation between the two.

Instead what happens is probably the best bit of acting seen in the show to this point, from Stephen Graham, who gives a lump-producing monologue about his singing to his deaf son. I don’t know how far the show will go in the time-frame of Capone’s life, but it will be interesting to see how much more Graham gets to do the character.