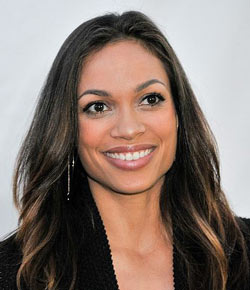 Week 2 of Conan on TBS

Will post a short recap of 5, missed getting it posted for various reasons. On to Episode 6, featuring Harrison Ford, Rosario Dawson and Reggie Watts!! We open to the Coco chant, and more crowd interaction with Conan. Some of the jokes we rehashes from yesterday, but overall two solid monologues in a row. Conan briefly wore a knitted beard that one of his audience members was wearing and referenced it several times during the show. Conan’s a hit with the ladies; more hugs are had. One of Conan’s writers going back aways Mr. Cole comes on to let Conan know that the TBS advertising missed the “black audience”. So he produced a commercial with a bunch of black Conan fans, watching the show, sipping champagne is posh clothing, with the backing song of Conan on TBS, and Andy Richter is there too. It was pretty amusing, and was made better when Rosario Dawson later did the sexy string dance from the commercial.

Conan appropriately thanks the fans for how much fun he is having on the show. As he said, it was the fans the really brought this altogethe, and why Conan is free to be as wacky as he used to be on the Late Night show. To thank the fans he announced the “20 Air Fresheners to be given away in 20 Nights. It got some laughs, but then he sweetened the pot, by wrapping the air fresheners in 2011 Chevy Cruzes. Head over to http://teamcoco.com/chevycruze to enter to win one of these for yourselves. 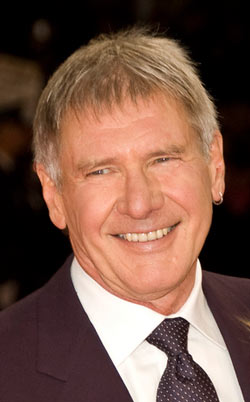 Check out last Friday’s Conan blog for the Grumpy Harrison Ford video clip. As I mentioned, Ford is always great on Conan. Conan even made point to mention that when Harrison is on he makes everything more silly. Conan told a brief story about talking to Ford at a school gathering recently and how he couldn’t convince Indy to get into the bouncy castle, and how he didn’t recognize Conan. They briefly had a staring contest before break, with CoCo clearly losing. After the break they about Harrison’s affinity and love for flying and his recent meeting with Sully Sullenburger, who landed that plane on the Hudson. Conan asked Harrison what he would have done in that situation. Ford paused briefly and said, “Shit and Die…”, and added, “In that order.” I guess you get one past the censors in that timeslot, because they bleeped it out of the title of Reggie Watt’s album.

Rosario Dawson was next and she is gorgeous. She talked about being unnoticed in school, and with most attractive celebrities it seems like B.S. but she seems to be very genuine and down to earth, evening mentioning wanting people not to notice how goofy she was. Conan promptly retored, “Goofy is sexy”. He couldn’t be more right. In fact I think that’s why these beautiful guests, as Rosario said herself enjoy flirting with him. He got to do his intimidated and appreciate of gorgeous woman bit and it’s always funny to me. She talked a bit about her interest in marine biology and dissecting things and being in a bikini all day. Not a terrible thing to put up with a few dissections here and there. Call me?

Reggie Watts was a revelation. Why haven’t I seen more of this guy on a bigger scale. He comes out with the Cosby sweater a couple sizes too small ala Galifianakis, and rolls with a full on New York accent with some Steven Wright-esque jokes. He then rolls in to a hip-hop style voice and does a complete beatbox routine. The Conan song will sweep the nation, I will put it up if I can find the clip. Finally he rolled into a British manor voice and proceeded to do a full-on jazz/scat song backed by the band. It was awesome. You can grab the Reggie Watts Album

from this affiliate link.

Here’s the scoop on Indy 5 kids!