***Episode 3 Recap is now up !*** Interesting idea to name the episodes of a talk show. I’m not sure if that’s been done before. So, good news for Conan fans as last night’s show drew more than 4.1 million viewers and beat Leno, Letterman and Stewart. Pretty impressive. Big numbers are a shoe-in for a debut of this much hype, so I’ll be really interested to see where average numbers sit as the show settles in. I think Conan has found a home that appreciates him to go along with his audience, so I have hope for good things. Tonight’s Episode features Tom Hanks, Jack McBrayer from 30 Rock and the reunited Soundgarden. 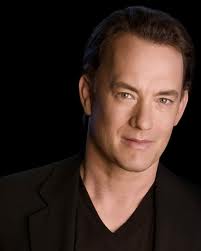 Conan took some time to do a little more reflecting on being back and dabbled in a little traditional monologue work to start of the show. As others have noted, Conan having no barrier between him and his guests can only be of benefit to him. The monologue lead directly into a skit which involved Conan visiting the real standards and practices rep of the show, to find out “what he could and couldn’t get away with”. This was a really funny bit. I’m predicting the new slang phrase Taking Grandma to Applebies will be sweeping the nation shortly, Tom Hanks using the phrase later just increases it’s potential value. Conan along with some staff help also tested some outfits that Conan, “might wear”, the funniest part being getting the censor to approve ass-less chaps. I laughed a lot in this segment.

Tom Hanks, who can take full credit or blame as the one who solidified the Coco moniker for Conan came out urging on chants of that same moniker. These kind of guests help to showcase his interview skills at their most relaxed and best.  Hanks always impresses for his humor and willingness to play along with the outlandish, which was showcased here when he and Conan watched “breaching whales” in Conan’s fake water backdrop, only to 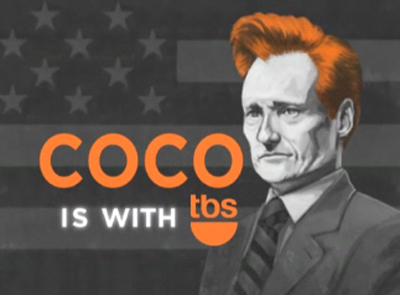 have said whales breach close to the couches and thus douse Tom with a large amount of water.  Give it up for Academy Award winner (2x) Tom Hanks.

Jack McBreyer is a weird dude; seems that his 30 Rock character isn’t much of a stretch, but he’s funny in a extremely awkward way.  His segment was brief as Hanks took up a good portion of the show, and rightfully so.  The show closed with a performance from Soundgarden, their first on television in more than a decade. The band sounded tight and Cornell’s vocals are still a ridiculously strong as ever. I just wish they would have picked some more up-temp tunes from the old catalog. Still a great performance, interesting to see them back on the scene.

Here’s the second Soundgarden song perfomance “Hunted Down” which did not air on the live show, presented via TeamCoco.com: