Conan O’Brien made his long awaited return to the late-night talk-show scene this Monday evening on basic cable channel TBS.  For many the question was would Conan live up to the constant media hype and coverage since the debacle that NBC created over the Tonight 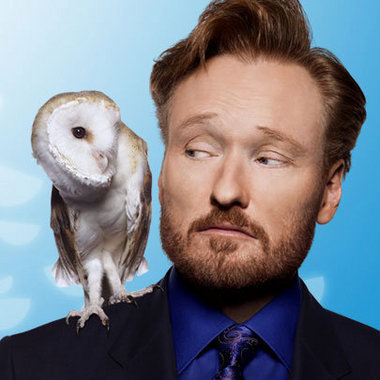 Show, which now rests again firmly in the unfunny hands (but really, who has funny hands, and if they did would you laugh at them?) of Jay Leno.  With the Internet and a touring live comedy show there is a certain amount of freedom that seems like it would be hard to create on television.

The good news with Conan pretty much since the beginning, is that he is often times unconventional in his approach to the formulaic nature of late-night television.  Conan takes his intellect and Harvad-trained cranium and marries it with an off-the-wall zaniness.  I’ve discussed this before, but the best comparison, at the core, is Monty Python who did something similar with the upper-class mentality and upbringing of Cleese and Chapman that so wonderfully contrasted with the complete insanity and absurdity of their comedy.

Not sure if anyone picked up on this, but it definitely felt like there were a little bit of nerves on display for Conan in the opening monologue, as it should be expected.  He rapid-fired through his speech on several occasions.  He settled in nicely when it came to the interview portions and re-established the great rapport that makes him the favorite of guests like tonights’ Jack White, and Tom Hanks who will appear on Tuesdays show.

Forget me explaining the beauty of the cold open to the first show, just watch it instead:

It would have been an amazing coup to actually get Jack Nicholson to do the show, but the man doesn’t do shows and anyone who thought he actually would is probably delusional. Instead the rigged contest produced the Nutcracker Collector lady in a drive.. err roll-by. He then interviewed Seth Rogan who quickly tested the basic cable censors, proving that indeed there is some extra room to play with that the conservative (read old and out of touch) NBC audience couldn’t handle.

He then interviewed the attractive Lea Michele who I guess people know from Glee, and I being male, know her from the “controversial” GQ pictures… relax people they’re just photos.  Conan’s interviews are at their best when he deals with actors who don’t take themselves too seriously and he has a calculated awkwardness with attractive female guests that is hilarious to me.

Conan wrapped up the show performing with Jack White and Jimmy Vivino, the new permanent leader of the band, now known as the Basic Cable Band.  Conan got to show off his rockabilly chops and I much prefer Jack White playing this type of music than his over-played, at this point, White Stripes shtick.

All-in-all I thought it was a great first episode and I look forward to Tom Hanks tomorrow, and Jon Hamm the following night.  I also look forward to be being able to catch the 8pm TBS HD feed so I can see the shows earlier.  For everyone else Conan airs on TBS (basic cable) from 11:00 pm to 12:00 pm.  Welcome back Coco!!!