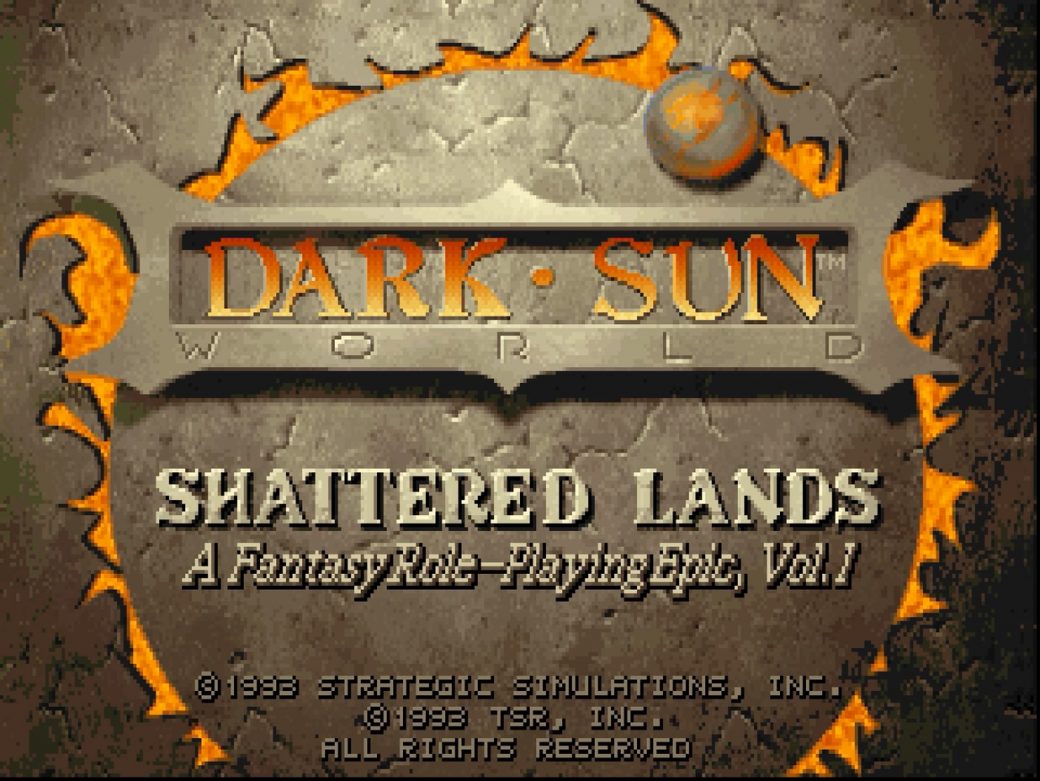 Another Action/Adventure Fantasy RPG in the long-line of SSI related late 80s to mid 90s PC games. Running on the ECE SVN build of DOSBox and using the FluidR3 soundfont through virtual midi mapper.

Info on Dark Sun: Shattered Lands from Wikipedia: Dark Sun: Shattered Lands is a turn-based role-playing video game that takes place in the Dungeons and Dragons’ campaign setting of Dark Sun. It was released for DOS in a somewhat unfinished state in 1993 by Strategic Simulations, Inc., and later patched to a more workable version. It was available on both floppy disk and CD-ROM, though the CD-ROM contained no additional content and was merely used to install the game to the computer’s hard drive.

It was later re-released as part of the AD&D Masterpiece Collection in 1996. In addition, Data East was developing console ports for the Sega Saturn and Sony PlayStation for release in 1996, but they were cancelled.

Dark Sun: Shattered Lands takes place in the fictional land of Athas, a dying and hostile desert world. The locale is Draj, a city-state ruled by a powerful sorcerer-king. Nearby are several “free cities”, surviving in the desert thanks to the hard work of their citizens. Upon the completion of the pyramid in Draj, the Sorcerer-King desires to make a great sacrifice of blood by sweeping the desert and destroying the inhabitants of the cities not under his control. The player controls a party of up to four gladiators, condemned to fight in Draj’s arena until they die, so naturally the first order of business is escape. Upon escape, the party must unite the free cities to resist Draj’s army.