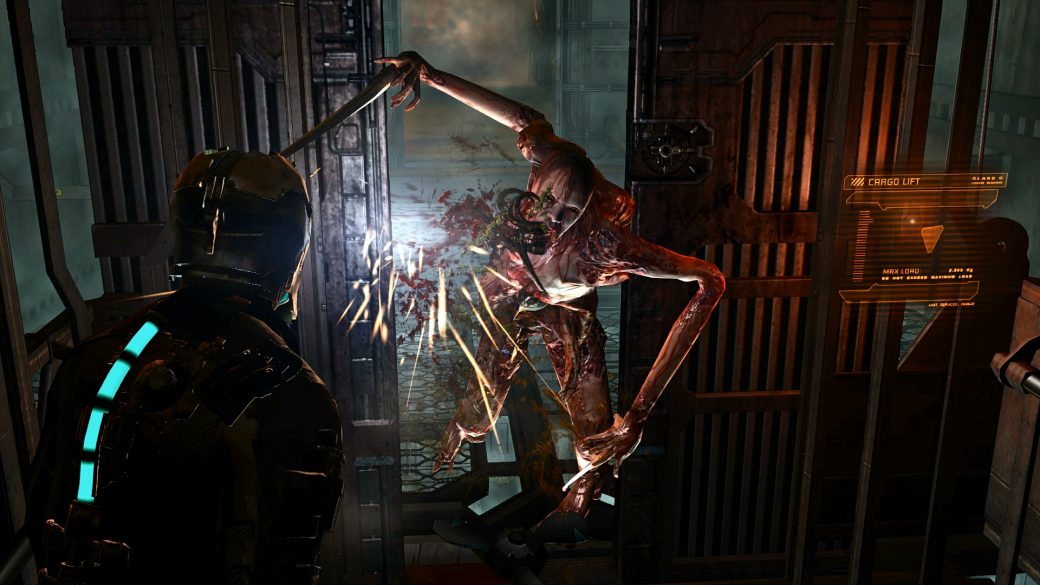 Dead Space was a fantastic game with liberal borrowing from the Resident Evil and DOOM franchises in gaming and healthy doses of The Thing, the Alien franchise and a touch of Event Horizon from the film world. The end result was a truly excellent sci-fi, horror-survival, single-player experience. Here is the introductory/tutorial sequence at the start of the game with a little extra help from Reshade (the successor to SweetFX).

This style won’t be for everybody, I like some hyper-realism in my gaming from time-to-time, and with Dead Space, the enhancements to detail and lighting that Reshade can achieve really heighten the mood. I think it looks fantastic in this style.

A little more about Dead Space from Wikipedia: Dead Space is a science fiction survival horror video game developed by EA Redwood Shores (now Visceral Games) for Microsoft Windows, PlayStation 3, and Xbox 360. The game was released on all platforms through October 2008. The game puts the player in control of an engineer named Isaac Clarke, who battles the Necromorphs, monstrous reanimated human corpses, aboard an interstellar mining ship.

The story is set in the year 2508, and begins when the USG Ishimura (石村?, lit. “Stone Village”), a “planet-cracker” starship (designed to extract ore in large masses of billions of tons), sends out a distress signal to the Concordance Extraction Corporation (CEC) during a mining operation on the planet Aegis VII. The CEC dispatches the USG Kellion to investigate. After a guidance system malfunction crashes the Kellion into the Ishimura dock, the crew tries to seek other means of transport. As they explore what appears to be an abandoned ship, they are attacked by grotesque monsters, killing off all but ship systems engineer Isaac Clarke, Commander Zach Hammond, and Computer Specialist Kendra Daniels. Hammond notices that many of the ship’s systems are failing; he and Kendra direct and assist Isaac in fixing them to keep them alive for rescue.