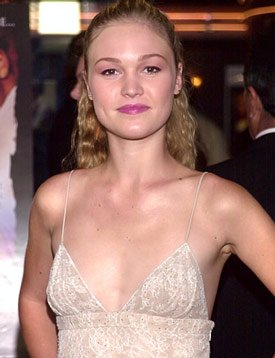 Sorry for being a little late with this one, things have been hectic.  Didn’t actually get to watch the episode until last night, and what a good episode it was.  Dexter dealing with the trapped woman at the killer Boyd’s home has kept him up all night, and Deb worked the Santa Muerta case as an all-nighter as well, meaning no one came for Harrison.  The baby sitter quits, although Dexter is able to get her back on the job later.  Maybe it’s just this show, but she seems like too perfect a fit for things, no?

Absent from the Santa Muerta investigation is Quinn, who is trying to get to Trinity’s family currently in witness protection.  Quinn suspects that Kyle Butler is Dexter.  He confronts Trinity’s son with a photo of Dexter, but before he can answer any questions, Quinn is arrested by officers involved in witness protection.  LaGuerta suspends Quinn without pay.  Quinn goes home with Debra at the end of th episode which is extra uncomfortable, as he has it out for Dexter now.  Strangely I actually felt for Quinn briefly when he tried to do the right thing and send Debra home.  We all know that other cops that go after Dexter don’t get good results, just ask Sgt. Doakes.

LaGuerta has more backlash with the Batista Brawl of ’10.  Batista apologizes to the other officer, but it seems the Internal Affairs is not going to be dropping this.  The IA officer and LaGuerta seem to have some history, and it’s implied that LaGuerta has history, possibly romantically, with other officers.

As I mentioned, Deb has a traumatic day when one of the Santa Muerta perpetrators 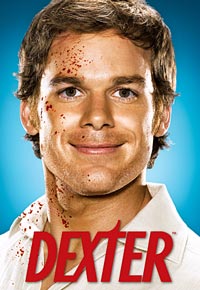 machetes the throat of a hostage in front of her eyes.  Deb made the right call, and the hostage is still alive for now, but the stress of the ordeal is what sends her home with Quinn.  You’d think that after dating the ice-trucker killer and everything she wouldn’t be such a nutcase anymore.

Though Harry is urging Dexter to kill Lumen (Boyd’s next victim), which seems to go against the original code, though Harry has modified #1 to don’t get caught I guess at the expense of killing an innocent, Dexter doesn’t do it.  Instead he finally convinces Lumen of his good albeit homicidal and sociopathic intentions.

Preview of Next Week – Possible Spoilers

The preview makes things really interesting.  As revealed at the end of the episode, Boyd was not Lumen’s only aggressor.  It appears there is a club of sorts and Lumen wants revenge for all the torture and wrong done to her.  She implore Dexter to help her kill.  Harry of course goes off about her “not following the code”.  We know Dexter has had issues training others in his particular method of madness, just talk to Miguel Prada about that.  Things are getting interesting fast.