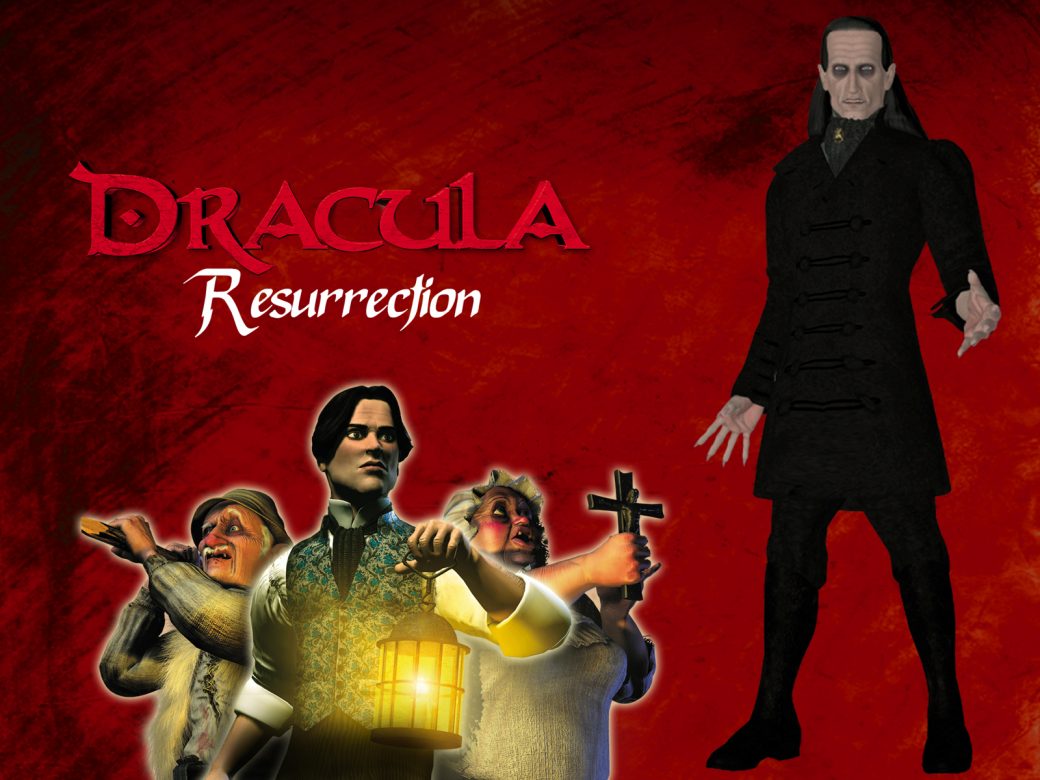 Dracula Resurrection is the first in what is currently a pentalogy of games simply known as the Dracula series. It debut in 200 and the final two chapters were released in 2013. It’s a very straightforward piont-and-click adventure with fairly simple puzzle. It’s story, as you’ll see from the intro) takes place directly following the events at the end of Bram Stoker’s Dracula, shown here in a recap.

Fairly well-regarded on release, it has somewhat mixed reviews now. Note: The Steam and iOS re-releases are missing some of the introductory cutscenes and possibly other things. This is the original version of the game, from my disc.

More from wikipedia: Dracula: Resurrection is a 2000 point-and-click adventure video game developed by Index+, France Telecom Multimedia and Canal+ Multimedia, and published by DreamCatcher Interactive for Windows and Mac OS. In 2001, it was ported to the PlayStation as Dracula: The Resurrection, published by Microïds. In 2011, a slightly modified version developed and published by Microïds was released in a three-part episodic form for iOS. Later in 2011, this remade version was released as a single game for OS X, which was subsequently released in 2012 for iOS, and in 2013 for Android. In 2014, the remade iOS/OS X/Android version was made available on Steam.

The game begins with the final scene from the novel; Dracula’s gypsies are attacked by Jonathan Harker (voiced by David Gasman) and his men, and Dracula (Allan Wenger) is killed, releasing Harker’s wife, Mina (Gay Marshall), from her psychic enslavement to Dracula. Despite Dracula’s apparent death, however, Harker remains sceptical as to whether or not he is really gone. The game then cuts to London, seven years later, with Mina feeling an irresistible force drawing her to Dracula’s castle in Transylvania. She leaves a letter for Harker, begging him not to follow her. However, upon finding it, he writes to his old friend Dr. Seward, asking him to investigate the matter in London as he himself must follow Mina.