Continuing our look at the Fall 2011 game release schedule, we move onto the first week of October. We have a “spiritual” sequel, as well as a new IP from a big name company amongst others.  Check them out below. 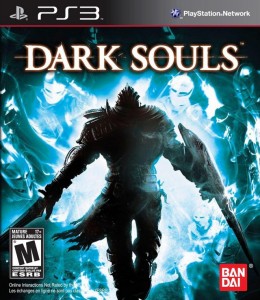 Dark Souls is billed as the spiritual successor to “Demon’s Souls”.  Basically this means most of the same development team, different backing from a different publisher and multi-platform. The developers have promised to make this game harder though some indications say that saving and restoring your souls is easier. Perhaps they mean combat-wise?  Though, the on-screen footage appears to have more fluid movement. This series is a shout-out to old-school gaming which had a much higher degree of difficulty. Pre-orders get an automatic upgrade to the collector’s edition. So get your Dark Souls Collector’s Edition pre-order in now and Prepare to Die! ** Eeep! Looks as though the PS3 Collector’s Edition is possible sold out, not selectable on Amazon.

The continuation of the best (and for now read that as only) licensed NBA basketball game, NBA 2k12 should be quite interesting considering there will likely be no season, or at the minimum a shortened one this year. The latest entry promises to expand and tweak features like My Player and post-play mechanics.  It also brings with it an expanded Legends feature, building off of the Michael Jordan model from the previous year.  Many of the best teams from NBA history will be featured.  The game also comes with three different covers, featuring Michael Jordan, Magic Johnson and Larry Bird respectively.  All draft-eligible players will not be in the game due to the lockout, should the season happen they will be added via patch/roster download. If you’re looking for one of the three specific covers, it would be best to head to a B&M Store, online order will be random. Amazon offer wins with this:

1) a $10 promotional credit toward the purchase of items shipped and sold by Amazon.com (certain exclusions apply, including Kindle books, MP3s, and video rentals and downloads), 2) two bonus NBA teams, the ’90-’91 Golden State Warriors and ’01-’02 Sacramento Kings, and 3) files to print out the front cover of your choice (Michael Jordan, Larry Bird, or Magic Johnson), as which cover you initially receive cannot be guaranteed. 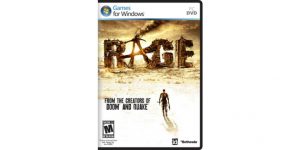 Rage is a “Mad Max” style shooter and vehicle game from id Software.  For along while I called this id’s Borderlands, but as more has been revealed about the game it will be distinctly different in several ways, and the quality of id’s work over the years speaks for itself. Still I really hope that this game makes good on its promises to be different vs. the experiences we have already seen in post-apocalyptic favorites the Fallout series and the aforementioned Borderlands. Amazon buyers will get a $10 credit and upgrade to the Anarchy edition if you pre-order soon.  This includes “which includes four in-game unlocks; Double Barrel Shotgun, Crimson Elite Armor, Fists of Rage, and Rat Rod Buggy.” 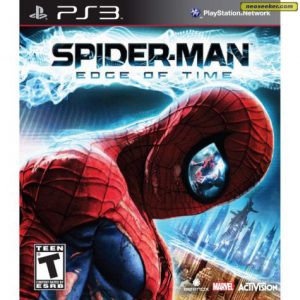 Edge of Time is the sequel to last’s years Shattered Dimension.  I wasn’t very fond of the game, though I did play through it fully.  Spiderman fans seemed to enjoy it regardless, so chances are if you’re one of them, you’re probably looking forward to this game. Val Kilmer and Katee Sackhoff have been added to the voice talent, while it appears that Neil Patrick Harris has been subtracted. From Wikipedia “gameplay will feature a new “cause-and-effect” system where one Spider-Man’s actions will affect the other and vice versa”; does make the game sound much more interesting than the first. Amazon bonus, Future Foundation costume, Best Buy = Big Time Spider Man-suit