2011 has been a big year for major game releases. I’ve already felt somewhat overwhelmed trying to keep current on all the latest stuff. Let’s go over a short list of games so far this year. Little Big Planet 2, Dead Space 2, Marvel vs Capcom 3, Killzone 3, Dragon Age II, F.3.A.R., Crysis 2, Deus Ex: Human Revolution, L.A. Noire, Brink, Portal 2, Mortal Kombat, Resistance 3, Gears of War 3… phew! And that’s really just a small sampling.  Based on those alone you could say it’s been a great year for video games.  But take a look at what we have coming in the fall 2011 video game season.

ICO / Shadow of the Colossus HD

I was pretty excited when I found a barely used copy of Shadow of the Colossus at a local store for $10.  It was on my list  of “missed” games, classics or influential entries that I never got play or finish for whatever reason. I was primarily a PC gamer during a lot of the PS2 years. I loved the art direction and style of these games and my interest in them was reinvigorated by teaser trailers for Legend of the Guardian (which I stumbled upon

looking up music from Miller’s Crossing, the track “A Man and His Hat” was used in the trailer). So with my hot little copy of SotC, as it’s known, in my hand and ready to play, I read the news that the game, along with the precursor ICO, which I couldn’t find anywhere, was getting the HD Remastering treatment.

“Shadow of the Colossus is regarded as an important work of art and cited as an influential title due to its minimalist landscape designs, immersive gameplay and emotional journey.” The game’s only enemies are the titular Colossi and they must be defeated by “Wander” (you) and his horse Agro. A critical success, not only for it’s minimalist design and game mechanics, SotC has gained cult status over the years, helped by it’s beautifully orchestrated soundtrack. ICO, the first entry from this development is also an adventure/puzzle game with a focus on minimalistic traits. Both of these games are not only getting the HD treatment, but the stereoscopic 3D as well for those that care. The ICO – Shadow of the Colossus HD Pre-order is listed below and hits on September 27th.

Every year the debate amongst football (soccer) fans rages regarding FIFA and PES or Pro Evolution Soccer.  Fifa is a more widely known and well sponsored brand, while PES is known for more its simulation (read as accuracy) when compared to FIFA.  Now, I love soccer and soccer games, but as with any sports franchise I find it tedious to purchase a new entry every year.  There was a period during the 90s when the new entries were $19.99 because everyone balked at this idea… as always, I digress…

Here’s what I wrote re: Fifa 12 from my E3 coverage

It looks polished and clean and the features might be able to convert a few PES fans, but not likely.  I’m skipping out on soccer this year unless a great deal comes around like picking up Fifa 11 for about $23 thanks to an EA Flash Deal (check it out on Facebook). Amazon has $10 off future purchases for each game, plus FIFA gets a Fathead (wall decal) of the MLS team of your choice. GOOOOOOOO TIMBERS!!! 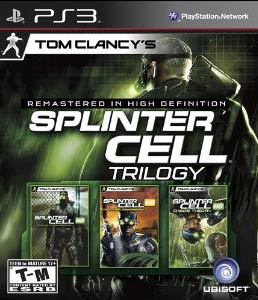 entries of the series.  These games are less action-oriented then the recent Conviction entry (a sorely under-rated game in my mind) and focused almost purely on memorization of AI paths and cameras, though each game loosens up progressively as the series goes along.  The Splinter Cell Trilogy HD remaster will be based off of the PC versions of the game, so there’s definitely room for improved resolution for those that played the originals on console. I’m not sure about the $39.99 price-point for these remakes, but there is a lot of gameplay to go through time-wise.

Making its way onto all three major consoles and the DS, X-Men: Destiny explores a new chapter in the X-man universe. Professor X is dead, Magneto is missing and San 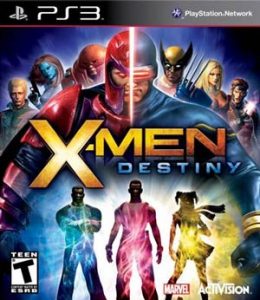 Francisco, where our games begin is divided in to human and mutant factions. Players will control one of three new mutants specifically designed for the game and through the game will decide what powers that mutant evolves and whether or not they join the X-Men or the Brotherhood (bad guys) factions. In general I haven’t been really excited by Marvel games or a lot of comic book games in general. Batman Arkham Asylum and X-Men Origins: Wolverine (so much better than the movie) stand out as really good games. Destiny has me intrigued for the power-building. Essentially customizing your own mutant sounds interesting and the ability to play either faction adds replayability. X-Men Destiny Pre-order and Purchase listed below. Amazon buyers receive Emma Frost style suits plus $10 off coupon and Best Buy purchasers will get Juggernaut style outfits.

New to the PS3, Child of Eden was previously released on as 360 exclusive in mid-June 2011. The game comes from Tetsuya Mizuguchi, creator Rez, Lumines, Space Channel Five, Nintety-Nine Nights and others. Child of Eden follows the puzzle mixed with musical and color elements of Lumines and Rez. Additional info from Wikipedia:

“Comparable to Rez, the game revolves around shooting various objects that come onto the screen, which produce musical effects upon their destruction. Players can choose between using a lock-on function similar to Rez’s gameplay, or a vulcan cannon which shoots a constant stream of bullets. Using Kinect, players can aim using their hands and clap to change weapons, though traditional controllers can also be used. Like Rez HD, players can use additional controllers to provide external vibration and during the gameplay will adjust the music to the actions and movements of the players.”

I really enjoy games of this style, Audiosurf, PixelJunk and things like that work on synesthesia, music and sound in some sort of harmony. Hopefully checking this one out soon, but due to the price $39-$49 for what looks like it could be a PSN title, this will be a Gamefly rental for sure.

These just cover the last week of September, there are plenty more games coming, with October being particularly full of big-time releases. Check for those posts coming shortly.