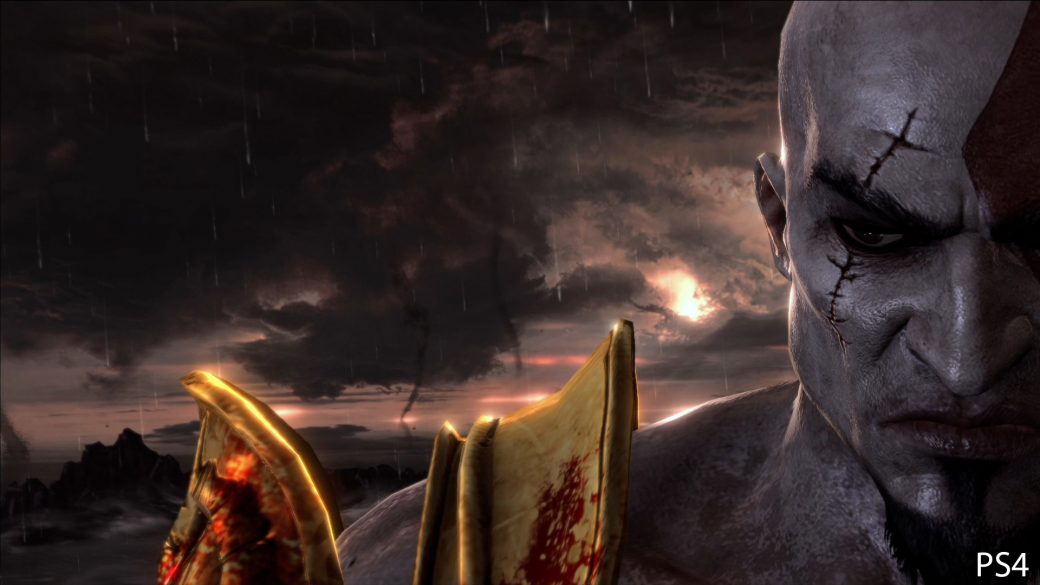 The intro for God of War III remastered. The game was remastered for its 10th anniversary and released in 2015.