Hello, hope this day finds everyone well and enjoying some sunshine like we are doing today in Oregon. I watched the Inception film on Thursday and finally got around to posting my article today. I wanted to think about the film and discuss it with friends before I presented my thoughts. Check out the full Inception Film Review, I’ve given you a snippet below summarizing some of my feelings on the film, with regards to the action and the somewhat misleading marketing.

The Inception film is a an excellent concept, but it is not revolutionary or new. The dream realities in Inception provide for many interesting effects and fights sequences (both with weapons and hand to hand). There is a lot more action than I thought there would be in the film, evening feeling Matrix-like at times. There are a lot less of the reality-bending scenes depicted in much of the films marketing campaign. If you are expecting the bending, twisting and angular distortion of buildings and such ala Dark City, you will get some, but only a small amount. Certainly, not enough to pin a marketing campaign on, but that is the beauty of marketing, no? 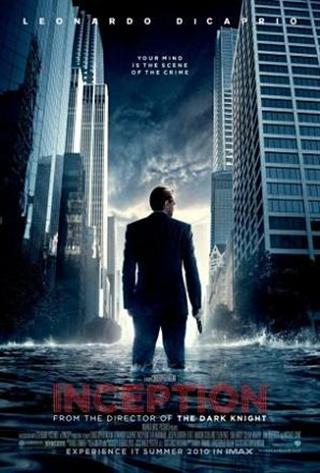 One thing I didn’t discuss at any great length in the Inception film review is the excellent score from Hans Zimmer. In the last 5-10 years or so I, and many others, have often complained about Hans Zimmer scores. He produces them with such frequence and similarity that the phrase “Zimmerfied” was created. It was never hard to spot a Zimmer score as they started to sound the same every time. I actually enjoy man Zimmer scores, particularly the Backdraft score which of course was ruined by Iron Chef. I thought Inception was a nice change of pace for the composer, only a few segments of some of the more action-oriented scenes felt a twinge of Zimmerfication, while the rest melded seamlessly with the wonderful sound design and visuals. So, the Inception film music was very solid and extremely touching and poignant in some spots while retaining a dream-like ambiance.

I would also like to point out a really great performance from Joseph Gordon-Levitt. He continues to impress more with each new film he is a part of, and those who have suggested that he may be able to to take over the role of the Joker from Heath Ledger are not far from the mark, though this is a moot point as Nolan has essentially ruled it out completely, I think it would be a great performance.In

If you would like to read the rest of my thoughts and share comments, please do so at the Inception Film Review.
There is review from the NY Daily News of the Inception film with the opposite take of mine, while the Telegraph UK News site has similar feelings to mine.

Predators Review aka Come on! I’m Here! Come on!