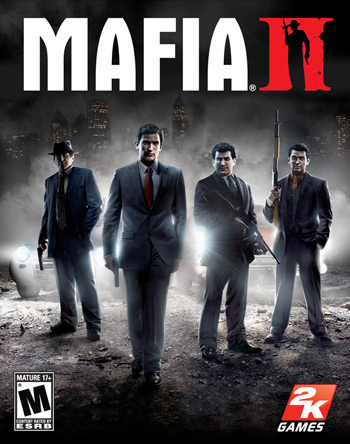 Check out the Mafia 2 Demo Review.

Fresh off my Mafia City of Lost Heaven short review comes the Mafia 2 Pre-order / Preview. You can read the full Mafia 2 Preview at my usual publishing spot on Associated Content, so please read it and leave some comments/feedback when you get a chance. The link is in the header of this section and at the bottom of the post.  The original Mafia is one of my favorite all-time games.  It had the perfect combination of story, voice-acting, graphics and music, both licensed and scored for the game.  Here’s a little sample from the full article:

Characters were the heart of the Mafia 1, and Vito Scaletta is the heart of Mafia 2. After returning from the war in 1945, Vito meets up with an old friend and through a series of events becomes involved in organized crime. He then begins to climb the ranks of this organization.

For those of you not buying a Mafia 2 Pre-order for the PS3 or Xbox (Mafia 2 PS3 comes with exclusive content).  Here are the Mafia 2 PC Requirements: