The giant month for game releases continues this week with a bunch of big name releases tomorrow October 12th.  It features some notable sequels and some GOTY and special editions.  Check them out Below: 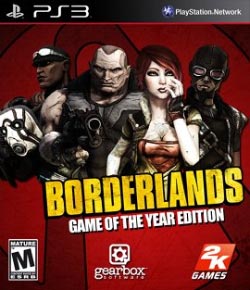 Borderlands Game of the Year Edition

Borderlands the game with seemingly unlimited combinations of weaponry and pseudo-RPG FPS action has received a GOTY edition, and it arrives next week.  The game comes bundled with all three of the previous add-on packs as well as a download code for the newst DLC entitled, Claptrap’s New Robot Revolution.  If you haven’t grabbed this game previously, now is the time.

The Medal of Honor franchise returns with a firm commitment to enhance the realism and griminess of the series by taking it into the present day.  This entry of the series takes the player to Afghanistan and see the player character fighting insurgency.  With one day left to pre-order take advantage of $20 future game purchase from Amazon.

The sequel to the innovative DS title Scribblenauts arrives tomorrow as well. The game will feature an expanded dictionary of words and the new feature is the ability to add descriptors (adjectives) describing the the items that you create. This will allow for kinds of wacky combinations and interesting ways to navigate levels.

Uncharted 2: Among Thieves – Game of The Year Edition 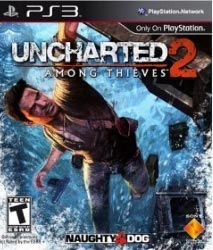 Another excellent GOTY candidate gets a special edition release and features lots of the extra downloadable content for this amazing game. This includes extra skins and the great multiplayer maps and modes that really took the experience above and beyond the first entry in the series, which was no small task.