October is going to be a significant month in gaming for this 2010 calendar year. Most of the biggest titles are going to be released in this month, probably in anticipation of big sales and possible shortages ahead of prime-time holiday purchasing through Thanksgiving and on up towards Christmas. While we still have a week or more to wait for titles like Medal of Honor : Black ops, Force Unleashed 2 and Rock Band 3, some big titles in their own right kick off on tomorrow/today October 5th.

This is being called a reboot of the franchise. While many ideas and characters from previous Castlevania games may make an appearance (and music if any of the lengthy trailers are any indication) this is meant to be able to be picked up and played without previous Castlevania knowledge. I’m a Castlevania junkie, collecting games and soundtracks, and an Amazon coupon I had laying around somehow tricked me into ordering the collector’s edition. It should be arriving tomorrow. Expect a review ASAP for Castlevania Lords of Shadow.

My good friend Sam is creator, editor and producer of Bad Habitat Music, both a hip-hop group and undergound hip-hop news blog. He has all the details on Def Jam Rapstar, including the Def Jam Rapstar songlist. Once Sam starts exploring a topic he is really thorough about it, so check out the tracklist link and the Def Jam Rapstar DLC page as they plan to release tracks every week.

Enslaved: Odyssey to the West

From Wikipedia: “Enslaved is a story set 150 years in the future where a global war has ravaged the Earth. In this future, nearly the entire human race has been eradicated, but robots still plague the land. Although they are from a bygone era, they are still following their orders to eradicate the humans. The storyline is loosely based on the ancient Chinese novel Journey to the West.” Enslaved is billed as a tactical action-adventure, looks interesting.

NBA 2K11 is the next evolution in the 2K basketball series (and may be the only non-arcade basketball this year with what looks like the imminent demise of NBA Elite). It brings back Michael Jordan and some other classic players, as well as their moves and dunk-sets. For some retro challenges and to cash in on the memory of MJ. I do enjoy simulation basketball, and will eventually pick this up, though I find it hard to justify a full retail price tag year after year with not much in the way of innovation. We’ll see how the new control scheme options fair. 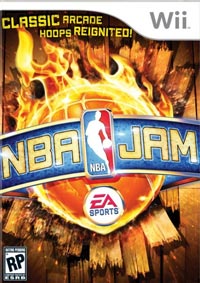 The classic series makes it return on the WII with a full-on “Remix” mode which acts as kind of a story/challenge mode. The graphical approach they took to the game looks perfect for the series. I really want to pick this up, though I due to the NBA Elite fiasco, a full 1080p HD version will probably make its way to PS3 and Xbox 360 by Christmas time. Not sure how long I can wait!

Redundant title is redundant… couldn’t they have just used a sub-title. Not very excited about this one here, the first one felt mediocre at best and never got into it enough to keep playing, so maybe I missed out. May check this out in the future, or give it some preliminary play if a friend grabs it.

Also seeing a release are The Sacrifice, a Left 4 Dead add-on, Rock of the dead, which looks like a really poor hallowee/rock band/guitar hero cash-in wanna be, and new Final Fantasy adventure, 4 Heores of the Light for DS. My DS was sadly stolen long ago, and I don’t have an XBox, and of course can’t play everything, if you don’t see it covered or discussed here, feel free to submit reviews or comments for possible posting.