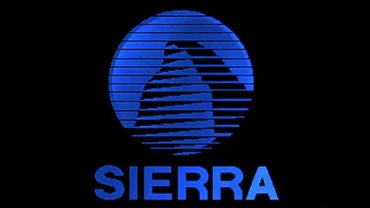 King’s Quest II Romancing the Throne follows the story of now king, Graham. The version seen here, I believe, is the AGI 2 version, which came out after the third game in the series (confusing I know). The original 1985 release was in CGA graphics, an even more limited color[…]

King’s Quest Quest for the Crown was a remake of the original game, coming out between the 4th entry in the series and the 5th game which was also full VGA. Interestingly enough people complained about the remake and it was a failure. This is particularly add odds with the[…]

Quest for Glory Shadows of Darkness is the fourth entry into the classic adventure-RPG series from Sierra. This is the first Quest for Glory game I played. It features an orchestrated soundtrack and high quality voice-acting anchored by the performance of John Rhys-Davies (Sallah from Indiana Jones/Gimlie from LotR) as[…]

Quest for Glory Wages of War is the 3rd entry in the franchise. This was the first of the series to use VGA graphics. ScummVM 1.6.0 Base Daily Build 5.29.2013 HQ3x Scaling Fluidsynth enabled FluidR3 Soundfont Via Wikipedia Rakeesh the Paladin brings the Hero (and Prince of Shapeir) along with[…]

Quest for Glory Trial By Fire is the first sequel in the series. You can import you character from the first game and continue on to this new adventure. This video features the MT32 intro followed by a Soundfont version. ScummVM has not optimized this game for Midi playback, so[…]

Quest for Glory aka Hero’s Quest is a sort of adventure-RPG hybrid game from Sierra. I came to the series very late with part IV. The games employ a good dose of humor from what I have seen. I’ve been meaning to go back to the beginning of the series[…]

Colonel’s Bequest is the first of two adventure from Sierra featuring the character of Laura Bow. My first encounter with this character was in the follow-up Laura Bow 2 – The Dagger of Amon Ra. I have never played this game and never finished its sequel due to it freezing[…]

Gabriel Knight II – The Beast Within was a huge change from the first entry. The game employed FMV (Full Motion Video) which was all the rage at the time. The two leads of Grace and Gabriel were re-cast in order to make the visual look of the characters. The[…]

Gabriel Knight – Sins of the Fathers is another classic adventure game from Sierra. It features a pretty significant voice cast (for the time period) with Tim Curry, Leah Remini, Mark “Luke Skywalker” Hammill and Michael “Warf” Dorn. It has a very strong story focused on mysterious murders which are[…]

Robin Hood – Conquests of the Longbow is probably my favorite of the Sierra On-Line created adventure games. I play it almost yearly. It’s a classic Robin Hood tale with nice visuals and great music composed by Aubrey Hodges and Mark Seibert. This is the MT32 audio version of the[…] 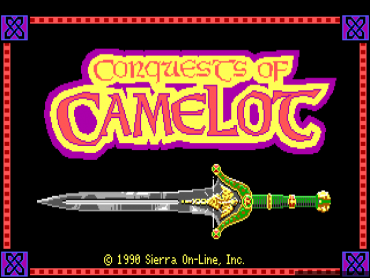 Conquests of Camelot is the precursor to one of my favorite games of all time, Robin Hood : Conquests of the Longbow. Camelot is an early SCI game that employs keyboard commands with simple mouse, much like early LSL and Codename ICEMAN. I never made it very far in this[…]

Betrayal at Krondor is an RPG adventure from Dynamix (sub-company of Sierra On-Line) set in the world of Midkemia of author Raymond E. Feist. This is one of my favorite games of all time. I have owned two different copies of the game, the original on disk and this CD-Rom[…]