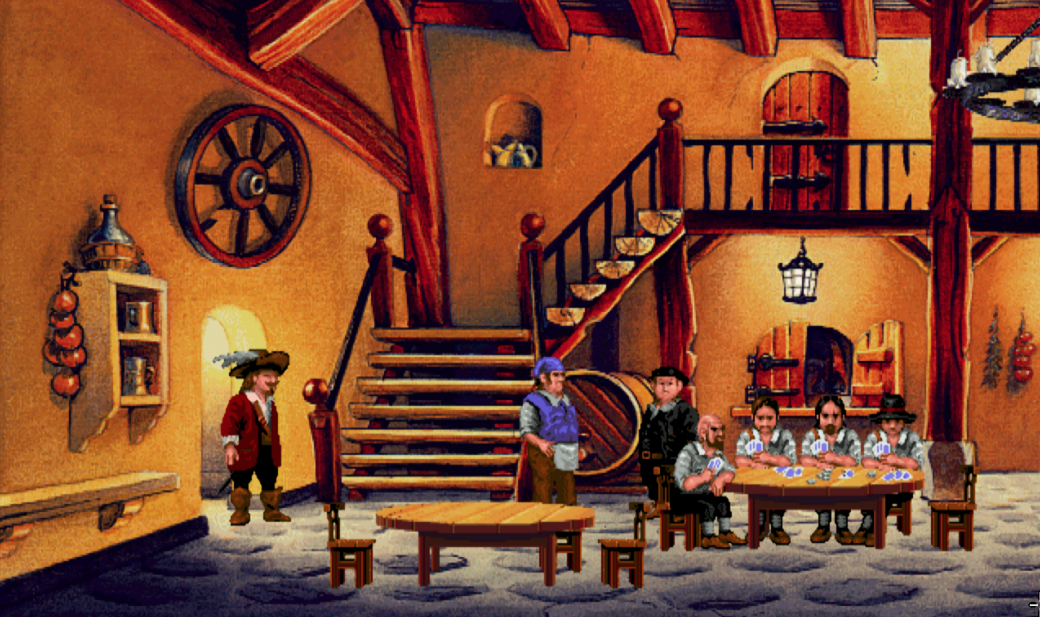 A lesser known adventure game from the mid 90s, Touché looks to replicate the LucasArts style, specifically that of Monkey Island, with a similar approach to humor and dialogue as well. The game had several versions, this one featuring full voice acting.

More info via Wikipedia: Touché: The Adventures of the Fifth Musketeer is an adventure game developed by the British software company Clipper Software.

The game takes place in 1562, during the French Wars of Religion, when France was being polarized between the Catholics and Huguenots and expected an assault from the English. The protagonist is Geoffroi Le Brun who is recruited to a company of musketeers (the historical Musketeers of the Guard were not created until 1622) in Rouen. The adventure continues through France including St. Quentin, Le Mans, Amiens and Le Havre.

Touché is a typical context-based point-and-click adventure game. The player character moves around by clicking on the selected spot on the landscape. Certain objects have their own set of commands (in a kind of combo box) with which Geoffroi can perform an action; for example some flowers display commands like “Examine”, “Smell” and “Take”, each causing Geoffroi to behave accordingly, while the latter makes the character put the flowers into his inventory. Most puzzles require the combination of an acquired item with an object in the environment.