Ubi celebrating their 25th anniversary at this E3, founding in 1986.

Looks like there was some feed trouble on both IGN and Gamespot.  Gamespot now states 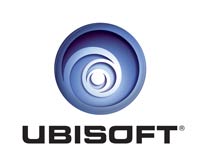 that due to a limited Internet connection only archives will be available.  Nice!  I ended switching over to G4’s live coverage in the middle of Far Cry 3.  Looks like G4 wasn’t expecting all the cursing on this live event.  They missed a couple of F-bombs and then started censoring everything like crazy.  Funny stuff.

I missed a bit of this. We’ve got a maniac of bad guy, who apparently tried to kill you before and instead of shooting you with his nearby AK-47, he binds your hands, ties a rock to your leg and kicks the rock into a deep water-filled chasm.  Luckily just before you and the screen blacks out you escape the water, pop out, take a deep breath and with barely any recovery time proceed forward.

There are some excellent water particle effects as you see your first enemy with his back to the waterfall.  The game then shows of some nice combat touches. An Assassin’s Creed like vault onto a baddie with a stab finish.  We then move into a combo kill, snapping one guys neck, while you steal his knife and long-distance nail a sitting bad dude with said knife. You then work your way into a firefight, a brief helicopter scene with heavy crash and end the demo back in the hands of the crazy bad guy from the start of the game.

Impressive water and jungle features as always with this enjoy.  I just feel like the textures and models of characters should be equally impressive, instead they appear simple and bland.  Maybe it will look different when not video-taped of a big screen at a conference? For fans of the series this is probably a safe bet.  Hopefully some engine tools are made available as their engines are great for generating quality content.

Randy Pitchford of Gearbox is out to talk about their “new take” on the World War II genre. A challenge Ubisoftcharged them with.  What the trailer shows us is a cartoony, comedic violence and action setup, almost in the style of 60’s camp.  Picture Team Fortress 2 characters in a cooperative Action WWII Shooter with sci-fi elements (robot evil boss).  It gives of an Inglorious Basterds animated adventure vibe. Looks like fun. Or wait, was this Overstrike.  Hmm.. confused myself on it.

I don’t know much about Tin-Tin. I know it’s a beloved French character and books and that Steven Spielberg is making a film of it with Peter Jackson.  They are both present in video form to promote the game. They tout the abilities of different character, cooperative play and decisions that affect the game.  The style looks very simply graphically, I’m not sure if this multi platform or not.  The premise seems like for a younger demo, but the platform elements could be fun.

Ubisofts E3 2011 Press Conference / 25 th Anniversary has another celebration to honor and that’s the 10th Anniversary of the Ghost Recon brand. The proceed to show us a good bit of Ghost Recon : Future Soldier, the newest entry in the series.  From a graphical and 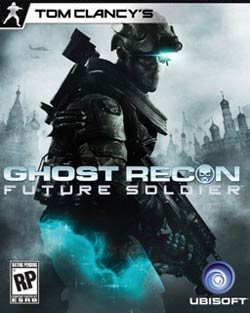 game-play standpoint I see something that is shifted from realism in some ways to a more action/shoot-em-up, while retaining the tactical elements.  Sprinting and vaulting from cover seems more Gears of War like than Rainbow Six and the textures appear less real as well.  However, timed actions, ghost cloaking, 4 player mission co-op, upgraded drone mode and tactical analysis make this look like a good one.

They also touch more on the “Gunsmith” mode.  This is for custom equipment layout, which can create some complex firearms.  This was demoed earlier with built-in Kinect motion and voice functionality.  The squad work also seems to have gained some refinement. A free Ghost Recon online game was also announced.

The game everyone was waiting for closed out Ubisofts E3 2011 Press Conference, Assassin’s Creed Revelations.  They term this as the final chapter in the Ezio’s story and

the completion of the legacy of Altair. Ezio of course was in Assassin’s Creed II and Brotherhood  and Altair was the focus of the first game in the series.  They showed off a truly gorgeous cut-scene, showing a now aging Eziobattling the Ottomans with the ghost of Altair drifting in and out during his capture.  It leads up to Ezio about to take the noose before it cuts away.

The in-game demo came next with Ezio in Constantinople.  He was set sail but they are aware that he is in the city and have seized ships in port.  An excellent sequence leads to Ezio’s escape from the harbor of setting fire to a fleet of ships and using his still sharp cat-like reflex to leap from burning vessel to vessel, ultimately setting sail.  The game looks to have a slight visual upgrade, showcasing some atmospheric effects within the city walk-through.  The game is already fast approaching with a November release.

Ubisoft has two Raving Rabbids entries, a beautiful side-scroller with excellent painted textures and a party Kinect game.  There are new entries in the Your Shape and Just Dance series for the workout and dance-minded casual gamer.  Perhaps most interesting was Rocksmith.  Ubisoft forges forward in the musical game genre when others back away.  Rocksmith will finally make good on the idea of plugging in an actual guitar, your guitar, any guitar into the game and learning how to play.  This was carried far enough in the Rockband and Guitar Hero series, and upstart programs like Guitar Rising have all but disappeared.  This could reinvigorate the musical game genre.