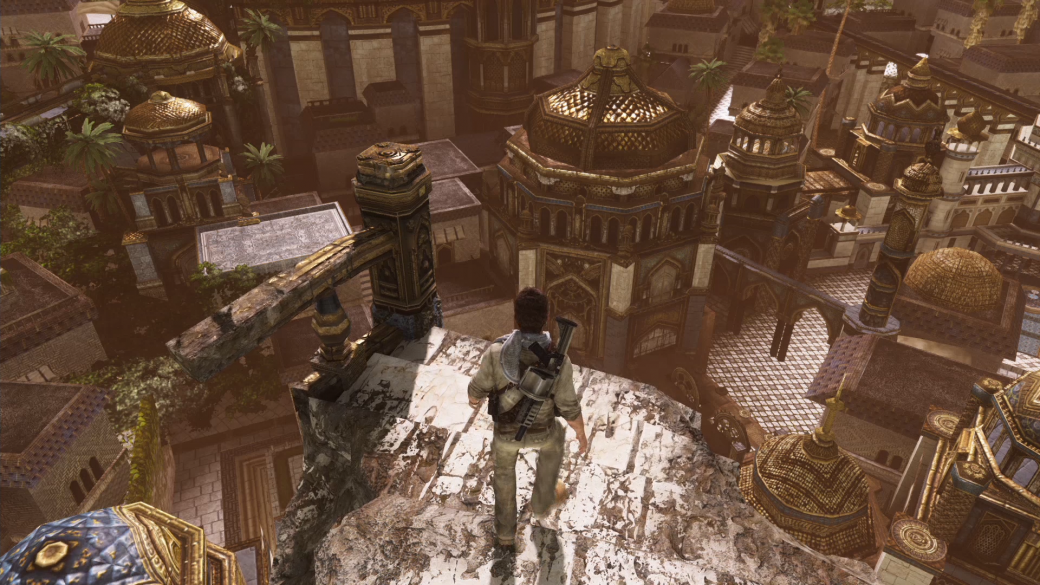 The official countdown has begun. Uncharted 3 is only one week away. Ever since my
original Uncharted 3 Collector’s Edition preview post, my brief look at the non-spoiler

sounding Uncharted 3 Trophies, and of course my look at the fun Uncharted 3 Subway contest which not only entered participants in to win prizes but game they them a free month of competitive multiplayer access ahead of the games release, I’ve gone mostly dark on reading and viewing UC3 stories and news. There have been so many videos, walk-throughs and commentaries that I have been afraid of spoiling some of the fun of the game. The only thing I’ve looked at has been Harrison Ford playing Uncharted 3 (the commercial features some obvious acting, but this video seems to show some genuine surprise and interest in the actual game).

Now that we are so close I went digging for some new soundtrack info and the full track list has been released and it’s a 2 CD collection. Tracklist below. iTunes only seems to have the tracks from CD1 listed, but they will be available Nov 1 on launch day. Amazon has the full 2-CD set but it will not be released until Nov 15.