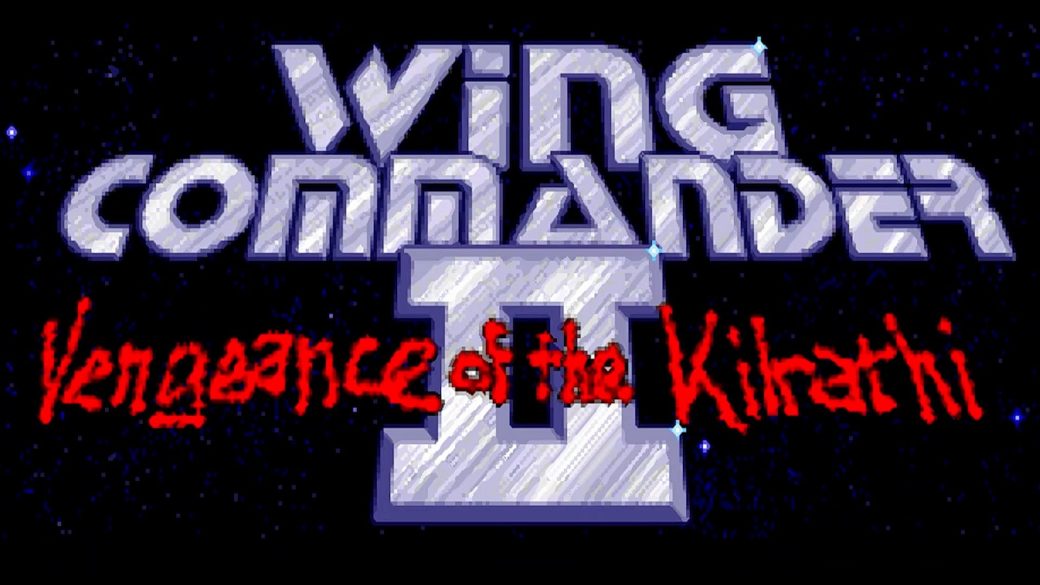 The second game in the Wing Commander series features a long intro with voice acting and sounds best when using a Roland MT-32, in this case through fairly good emulation.

For this game I am using some features of the ECE SVN DOSbox build. Scaling is set to normal5x, OPL is nuked at 49716

Released in 1991, Wing Commander II retains much of the first game’s core conventions: an interstellar war between the Terran Confederation and the felinoid warrior race called the Kilrathi, multiple allies as wingmen, and a wide variety of ships on both sides of the war. However, WCII places a greater emphasis on storytelling, providing various sprite-animated cutscenes and some of the industry’s first examples of voice acting. The storyline is also somewhat less open-ended: the game’s campaign tree is much more structured and the player character can no longer be promoted or awarded medals. Wingmen can no longer be killed during normal gameplay; when their fighters are damaged beyond repair, they eject (though some die in scripted sequences). Finally, because the story is a direct sequel to WC, many Kilrathi ships have names similar to the WC ships they replace (for instance, the “Sartha” replaces the “Salthi”, and the Confederation uses an upgraded version of the Rapier medium fighter).