I Miss My Grandfather

I think about writing all the time. I have fragments of things I want to say: personal stories, reviews, you name it, all over the place. They’re scribbled on notepads and loose paper as disorganized and incomplete as I am. I write a lot for work and I tell myself that I don’t feel like coming home and writing more. The truth is that I sort of stopped everything when we lost my grandfather early this year. I 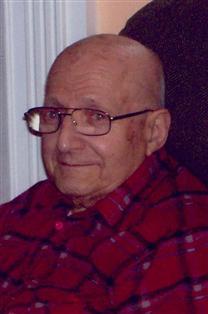 don’t really speak of things like this because I know there are people struggling with far greater challenges than I have had in my lifetime. My issues seem small and petty in comparison. But to say that I should somehow stop feeling or not express them because things are worse for others would seem dangerously dismissive to myself (something I have focused on doing too often). This was originally just an explanation on the lack of new things from me; short and to the point. Instead it turned into a story of my love for my grandfather. I have eulogized my grandfather in my head a million times, and some of that comes through here. The rest is just personal reflection, which is probably only of interest to me, or my immediate family, but I publish it here regardless.

I had struggled with “creativity” for a long while before this.  Time and circumstance have me so far removed from the things I wanted to do and what I prepped (at great expense) for. What was left got shut down when grandpa went. There have been many periods of struggle in these last years for me, and I never wanted my grandfather to see that.  When I visited and at family gatherings he could tell that things weren’t right with me. He never poked, prodded or preached as he easily could have. He simply provided me with gentle encouragement and shared a laugh or two.  Still, I did not go and visit as much as I should have due both of a lack of motivation to be “out in the world” for me and that fact that it was easy to tell that it bothered him that I was upset.

We often talked of going out to lunch together in the last year or so, but his healthwould never really allow for that again.  Lucky for me I have the memory of a long lunch at the waterfront Spaghetti Factory in 2002.  He had called me up while working at my first “real adult” job in the mortgage industry and told me he was coming to see me for lunch. My grandfather sat with me well past my allotted lunch time hour, ate good food overlooking the water and told me stories I had never heard before from anyone in the family.  Things from the war, early jobs of his youth, even talk of his first wife, which was a decidedly taboo subject across the extended family.

My grandfather was a rare man who had retained sole custody of his two children, my aunt and uncle, at a time when that was beyond fathomable.  He shared with me that this ended up being a wonderful thing, because he met “the best woman in the world”, my grandmother.  He also mentioned that this occurred through him being involved in the church.  Yet again, without being preachy, he said that it wasn’t the religion that should be my focus, but just “finding good people” to be around as he did. This was something that he reiterated to me after my marriage ended. I was never as religious as he, but he sensed that and he didn’t judge me for it.  He was, as always, my greatest support and though he may not have felt it the last few years of his life, he lent me some of his considerable strength. I could share stories for hours and hours but most of them I will keep for myself.

It always seemed that he was going to pull through.  He had cheated death so many times in his life; the thought of losing him just didn’t feel like reality. Then we lost my Uncle Wayne to cancer, something my grandfather was battling himself. It weakened him considerably I think; took some of the fight out of him. He pushed on through the holidays and had a surgery to open his throat and allow him to eat some real food in the days before his death, something he had not be able to do for quite some time.  I saw him for both Christmas and New Years.  I had some flu/cold nastiness during that time. It was suggested, and rightfully so, that I not spend much time around him because any type of illness was hazardous to his health at that point.

We briefly got the chance to speak on New Years.  This is what he said to me, “I really miss you Jamie/James (he always corrected himself halfway through).  Come to see me soon. I miss you.” He was gone by the following Friday. I’ve never let anyone know that before.  We never made concrete plans.  He said we would talk in the next few weeks. It didn’t happen and I think about it everyday and regret it. I miss you… three simple words, far more powerful than those three other words that people seem to throw about so casually these days. In the end I know it was his time, particularly after hearing the full list of health problems that he was dealing with those last years and months. I am thankful that his pain is gone and shoulder the burden of my own knowing that; but I struggle not having him here for guidance and reassurance.

Is this why I don’t write? Maybe partly.  It’s more about figuring out how to go forward and do things which would make him proud.  Which would be to make myself happy.  I’m not sure how to do that now.  I don’t know if this means I’ll have new things to say, or that I will be putting more stuff “out there” again.  But I needed to do this to put it down on paper (virtually).  So, here’s to Les Schumacher, the single biggest and most important influence on my life to this point and a wonderful man. They don’t make them like him anymore. As Craig Ferguson said when he eulogized his father, “You didn’t know him and that’s your loss”.

I miss you grandpa. You are always in my thoughts.