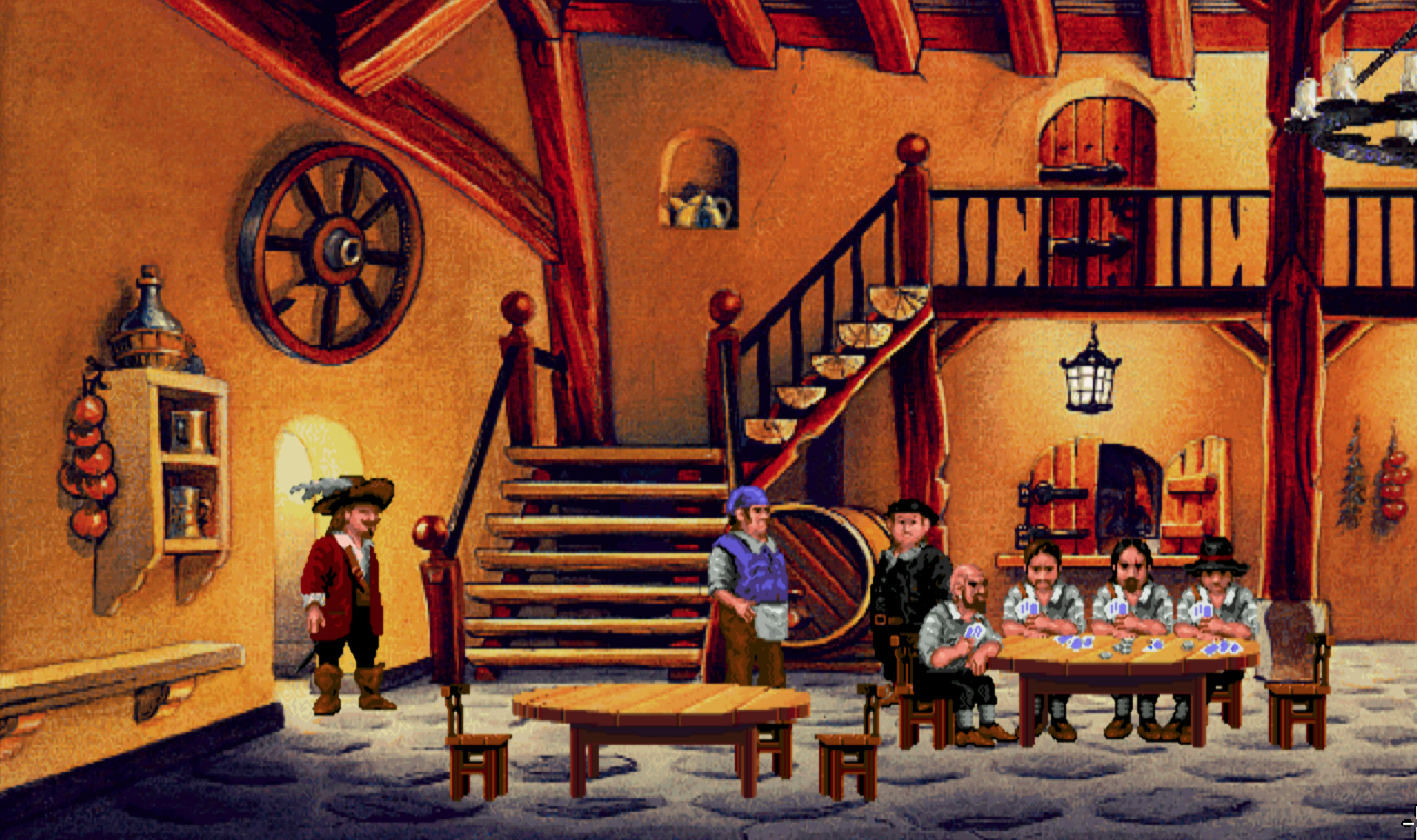 A lesser known adventure game from the mid 90s, Touché looks to replicate the LucasArts style, specifically that of Monkey Island, with a similar approach to humor and dialogue as well. The game had several versions, this one featuring full voice acting. More info via Wikipedia: Touché: The Adventures