The catalog of quality films from the Coen Brothers has always been somewhat slow to appease it’s fan-base in the non-theatrical sense. Slow to make it to DVD and in-turn slow to finally make it to HD on Blu-ray. Part of this has to do with the brothers unwillingness to visit old films and their need to control the presentation of them as well. They are very 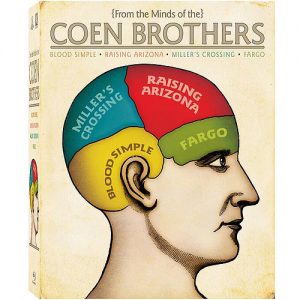 particular and given the quality and variety of the films they have released, who would we be as fans and/or critics to complain too loudly. Luckily for us the Coens have finally been working on bringing their back catalog to Blu-ray for the Summer of 2011.

Their summer Blu-ray releases began with the critically acclaimed and heavily nominated film [amazon_link id=”B003UESJMO” target=”_blank” ]True Grit[/amazon_link] on June 7th. True Grit was the darker and well… grittier version of the John Wayne Classic that became their highest grossing film ever (surpassing [amazon_link id=”B0011BE3K0″ target=”_blank” ]No Country for Old Men[/amazon_link]). This film is pretty fresh for most of us, either you let it stand on it’s own and enjoyed it for the quality performances and cinematography, or you held it against the original, happier, funnier and John Wayne-ier version and hated it (or didn’t even give it a chance). It’s a quality film and worth a look.

The Big L in Big HD

Due to its heavy popularity these days, it would be easy to forget that the The Big Lebowski was initially a box office and critical failure for the Coens.  The adventures of ‘The Dude’ 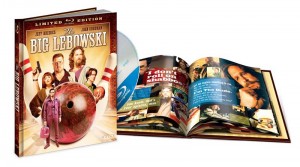 grossed just $17 million dollars in the U.S. (still making it’s money back) and was beaten up by many critics.  Over time it seems that the negative reaction has softened as the cult status has increased, until this point where it is by far one of the most anticipated releases of this year.

The Big Lebowski really re-invigorated the career of Jeff Bridges and somehow molded him into the archetypal “Dude” personality for evermore. This pseudo-western, detached from reality, dance-to-your-own-drummer vibe has continued through the core of many of his characters, including Crazy Heart, Tideland, True Grit and others. It is one of the most memorable characters ever on film.

Fans will be generously rewarded with the [amazon_link id=”B0051GOB26″ target=”_blank” ]The Big Lebowski Limited Edition Blu-ray[/amazon_link]. This book style Blu-ray features a 28 page digibook with production stills and famous quotes, includes all of the special features found in the 10th anniversary: trivia, making of, dream sequence  creation, Lebowski fest mini-doc and more!  The film is presented in its original theatrical aspect ratio and with DTS HD Master 5.1 sound. The Big Lewbowski Limited Edition Blu-ray is a true must-get for fans of this neo cult classic and they can pre-order (end of the post) it ahead of it’s August 16th release date.

After the ‘The Big L’, on August 30, 2011 Coen Brothers fans will be able to purchase The [amazon_link id=”B00553K8FY” target=”_blank” ]Coen Brothers Collection on Blu-ray[/amazon_link] featuring three films never before-seen in high-def. First in this collection is my second favorite of the Coen Brothers films, their first, the

neo-noir thriller Blood Simple. Not only would this be the first film directed and written by the brothers, it would also be the first cinematography work of future director Barry Sonnenfeld (one of three films on which he provided that service to the Coens).

Blood Simple stars Frances McDormand, John Getz, Dan Hedaya and M. Emmet Walsh. Walsh gives me nightmares here (I prefer to think of him as the diving coach in Back to School).  In a film where no one is completely on the up-and-up, Walsh’s character scrapes the bottom of the barrel in an Independent Spirit Award winning performance. The film is genuinely unsettling and frightening in spots and the sweltering humidity of the Texas summer seems to pour through the screen. The Coens hit it out of the park with their very first swing.  Blood Simple is a chilling crime drama and will be available both as part of the The Coen Brothers Collection Blu-ray set and individually. [amazon_link id=”B00553K9OO” target=”_blank” ]Blood Simple Blu-ray[/amazon_link] is the director’s cut of the film. The films in this set are sadly, mostly bare bones.