For those that don’t know or don’t remember. Origin Systems was the creator of the Wing Commander, Crusader and Ultima brands.  EA bought them out in the late 90s and shut the doors in about 2005.  It appears that they are going to put to use their hold on that copyright by pushing the new EA Origin service. EA was almost as bad at overkilling this service as Microsoft was with Kinect spamming. Origin, which is live now will be the new content delivery (translated DLC and related media) for all EA produced games.

Fresh off the ME goodness from the Xbox.. er Microsoft Conference, we get more Mass Effect. (I’ll talk about the Kinect functions on the MS post). They are re-inforcing the idea

that series is a trilogy and this will be the epic conclusion to that trilogy.  But if Mass Effect 3 delivers on half of what it promises and is simply just as good as the last entry, I don’t see how they won’t be publishing more works at least in the ME universe.

We get a brief live demo of traditional runnin’ and gunnin’ on a Reaper base. This quickly turns into a bigger action event when the base actually turns out to be a live Reaper.  Their is target lace, mounted turret action, and mercs that have a Turrian profile but don’t appear to be Turrian.  Also get to see our geth-pal from ME2 and Liara in combat, which immediately brings me pains of guilt for my romance with Talia.

A full trailer reiterates the bad situation Earth is in and we see that 3-6-12 will be our release date.  Really looking for ward to this one.

Next we get a “revolution” for the NFS series.  Not really a revolution for gaming, but you actually get out of the car in this one.  This is showcased through some impressive QTE sequences.  They look linearly-pathed so I don’t know how much this will hold players interests.  This does appear to be what the Driver series could and should have pushed for a bit more. The graphics appear to be impressive and are shown off to great effect with the wet-slicked streets of city area.  The crashes are big, the chases look fun.

They are pushing for the continuance of their Autolog system which pits you statistics against friends, acquaintances and the world at large through posted times and scores.  Expanding social aspects of games seems to be big this year.

A much more impressive Star Wars presentation than the poor Star Wars Kinect offering from Microsoft.  I don’t need to explain this game, if you’re interested you know the deal.  The cut scenes, done by Blur I believe, are great.  Bioware knows how to produce cutscenes and excellent games.  Bonus points for the use of the Duel of the Fates cue from Phantom Menace, much like Darth Maul himself it was highly under-utilized throughout the “new” series.

Peter Moore presents for the EA Sports series.  SSX look ridiculous, not the good way.  But for people that loved that series, it probably eagerly anticipated.  The “Survive It” mode looks particularly goofy.  But what do I know, it’s not my kind of game.

Madden 12 looks like more of the same.  Great graphics, complex play-calling, and apt to 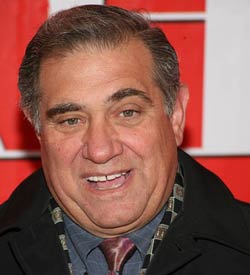 probably bore me to tears.  I like my American football action a litte more arcade-style.  They are promising to bring clutch/slump-type indiviual player performance into the mix, intensify defensive impact systems and of course KINECT KINECT KINECT… blah blah blah blah. Please note that Dan Laura, the dad from The Wonder Years played Vince Lombardi for the Madden 12 promo.

I’ve dabbled in Facebook Gaming. Mafia Wars was a brief addiction, Farmville Requests annoy the crap out of me, and both the Assassin’s Creed and Drago Age facebook games had some merit and actualyl effect on their console couterparts.  Other than those two examples, I really don’t have any interest in this stuff.  They seem like cheap cash-ins and time-wasters.  The Sims hasn’t really interested me since the original didn’t play as I expected and the sequel failed to significantly improve on the original.  Still the series is great for a casual gamer, but may move PC purchases away from EA pockets.

From hall of fame pitcher, Kurt Schillings’ 38 Studios, comes Amalur.  It promises to be an open-world Medieval action RPG with fluid combat and “1oos of hours” of gameplay.  The Amalur E3 presentation was little more than a teaser, there is plenty of information about this game out already for those that wish to know more.

Battlefield 3 is a long time coming.  From this presentation, it looks like it will be worth it.  The devs are talking about the Frostbite 2 engine, which was mentioned in some earlier games as well.  This engine looks great.  It really captures the atmosphere well; by that I mean the sky and how lighting, clouds, particles (like smoke and explostion) and the dust off the earth mingle together to create atmosphere.

Frostbite and the Battlefield game are touting their environment destruction, large scale (wide open deserts and sprawling to-scale cities), heavy rendering upgrades (it really does look quite good) and their “award-winning” audio.  After more pushing for the Origin system, which will handle your team/squad formation and all social aspects of the game, we get to see a real-time demo.

The demo was substantial, taking you through a full tank-approach to a desert enemy location, a tank squad to squad fight, aerial targeting of enemy arterillery and then a full-on assult of the camp’s remnants.  It looks and sounds fantastics and of course is built for playing with lots of other people. Release October 25th.