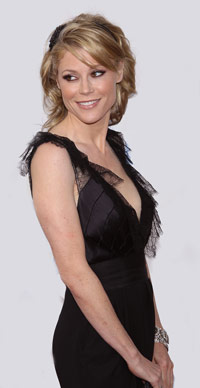 Previous Conan on TBS Episode Recaps are in the related posts near the Bottom
Before we get into the episode, a little bit about ratings. The ratings have dropped from their 1st show and some people are acting like this is surprising. Conan on TBS beat two network backed shows from a basic cable station. This is a big deal. I suspect they will dip a little bit for the remainder of the week before leveling off in the next 2-3. The numbers are still great for a basic cable show, and really I don’t think the point is to re-capture the “tonight show audience”. This is mostly for a younger demographic and those people who supported him during the fiasco and during the Late Late years. On to Conan Episode 4.

Conan’s monologue tonight was much stronger than yesterdays, including a bit where he discussed the Kanye West news. A clip of Kanye rambling on and on played in small PIP as Conan went through no less than 3 jokes. Kanye is crazy! Conan then announced that basic cable stars had come to welcome him. Out comes Bruce Jenner or Kim Kardashians dad as he is know to you youngsters. He was followed by “a hoarder” from AMC and king crabs from Deadliest Catch. The hoarder lady’s expression was hilarious.

Conan and Andy did a bit called local news round-up where they went through a 2 minute generic version of “everyone’s” local news. Andy wasn’t thinking and wore a green shirt causing him to be partially transparent on the green screen. He shall now be known as the news ghost. An amusing segment, but I don’t see it being a recurring bit, there’s not much more to do with. But I could be surprised, who knows. 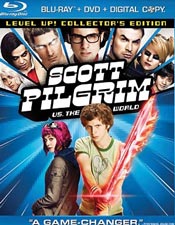 Michael Cera is the first guest and he was pretty fun. I got a little burnt out on him until Scott Pilgrim came out, which I absolutely loved for retro-gaming goodness. Cera told an amusing story about trying to make it to a Too $hort concert so he could rap with the man himself. He also mentioned how often he gets mistaken for Zombieland’s Jessie Eisenberg. Scott Pilgrim on blu-ray got a 10 second plug. Part of what I enjoy about a lot of Conan guests, is that it’s often more about the conversation than the plug.

Julie Bowen was up next and she was look ridiculously hot with a very short dress that showcased her amazing legs. She and Conan had great interaction, reminding me of his encounters with Rebecca Romaijn on the old old show. She was very funny and energetic and you could tell she was legitimately happy to be on Conan’s show during the first week. I always remember her for the really strange face she makes when trying to warn Adam Sandler of the approaching VW Bug in Happy Gilmore. She’s on Modern Family which I hear is a huge hit for ABC, good for her.

No musical act tonight. Instead we get comedian Jon Dore. He has a show out on itunes called, The Jon Dore Television Show. I don’t think all of the audience was ready for his type of humor which is outlandish and edgy at the same time, somewhat similar to what stand-up from Zach Galfianakis and Louis C.K. is like. He acts things out much more though. I’m going to dig up some more of his stand-up to see how the rest of his act holds up.

Good show tonight, next week we have some big names like Harrison Ford, the aforementioned Jessie Eisenberg (which got a laugh from Cera) and Russel Brand. Here’s a clip from the show featuring the legs of Julie Bowen… and Conan’s there too! Video from TeamCoco.com Shout out to the Kraken!