Still stuck on my Island

Forget all this old stuff….. head on over to the updated post with relevant info… Treasure Island may be finally coming to DVD.
Treasure Island 1990 starring Christian Bale and Charlton Heston is on Warner’s shortlist for Classic DVD release.

Ah yes… here I am, after losing 3 months of my life to the abyss. I find that clarity sometimes makes the hurt feel deeper… And yet again here I am,watching the tide and waiting for a means to rescue myself and to reenter the real world. Just liked a washed up 1980’s glam rocker, who has spent all of the money made off of his one-hit wonder, I seek to prove that I still have worth and relevance! Whatever the hell that means, I find myself writing shortly after midnight pacific time, and hoping not to ramble on in a depressing way.

I am cleaning up and painting, and preparing to sell what I used to call home, perhaps I will get lucky and this will happen sooner rather than later. As hard as it is to concentrate on any task at this point, I stand with one leg stuck in the “old world” and the other stumbling into what is supposed to 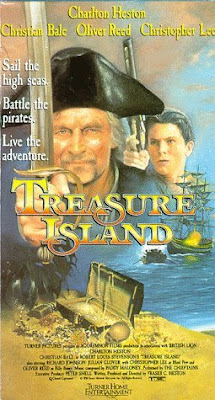 help create my new world. School consists of interesting stuff this term, I just hope I can get myself into gear and beat this track.. Comparative religions will always be interesting, especially because it includes mythology and philosophy. American History and Culture is also interesting, as it focuses on A People’s History of the United States by Zinn. A controversial history book as it focuses often on the seedier side of America history, and from the view of the common man and not kings, queens or government. I haven’t found much that has shocked me yet, as I have always dug for facts when things seemed illogical to me, which is most of our history. Advanced Lighting and Texture will be the biggest challenge as it will be a large workload if I accomplish what I want to…

I have my computer with me again now obviously, or I wouldn’t be writing. It’s amazing how much news and information you can miss out on over a 3 month span of time, without your precious internets and their clogged tubes. I have watched a lot of shitty movies made available by Comcast On-Demand service. I am trying to get back into more interesting film, and reestablish my Netflix account… recommend me something will ya? I have also been enjoying my music collection anew through AudioSurf available on Steam for a paltry $9.95, amazing on both slow and fast songs. 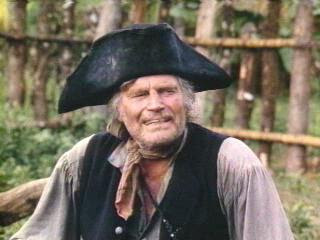 And finally on the note of movies and music, I have finally found a few musical tracks from TNT’s 1990 production of Treasure Island. Appropriately given recent news it stars Charlton Heston as Long John Silver, and a young Christian Bale as Jim Hawkins… it also features Christopher Lee and Oliver Reed amongst others. The production also has some of my favorite music for film of all time by the Chieftains. I wasn’t a big Heston fan, but this is by-far my favorite version of Treasure Island, and he was good in it.

Just a Cast Away off your shore….