Batman Arkham Asylum was, to say the least, a surprise smash hit, earning a lot of Game of the Year praise in 2009. Comic book games have a spotty history, particularly outside of the arcade, and Batman games in the past never strayed from that trend with many of

them being downright awful. Arkham Asylum combined stealth along with action-adventure elements, true to the Dark Knight’s style. The story was quality (thanks to veteran writer Paul Dini), and the mechanics were, fun, interesting and most importantly from a game-play standard, useful.  The gadgets weren’t just thrown in for kicks, they were functional.  The flowing combat was a big key to the game’s success, with it’s simple to initiate combos that were difficult to master.

Perhaps one of the most important aspects of any game, that I feel some people over look, is the quality of the voice cast. Mark Hamill’s Joker is superb. It embodies the character perfectly. Nothing against Jack or Heath, but as far as sounding the part, Hamill owns this character. Kevin Conroy’s Batman encompasses the tone of the Dark Knight to a T. Tara Strong’s Harley Quinn is a perfect companion to the mania of the Joker and Wall Wingert’s Riddler takes on the air of superiority that the character feels towards The Bat, becoming increasingly frustrated as his riddles are solved. Now they’re adding in a cockney-accented Nolan North as Penguin (interesting) and an extended cast. Can’t wait to hear how they sound. 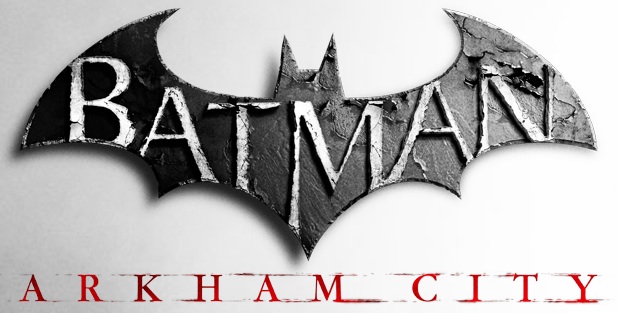 Arkham City looks to improve and expand on every facet of the game.  Not confined to Arkham Island, the city becomes more open-world as you can experience and discover locations in a non-linear path. The cast of characters has also expanded greatly. Joker, Riddler and Bane are back (you even fight alongside Bane at one point as seen in the trailer below) and added into the mix are Penguin, Dr. Strange, Mr Freeze, Talia al Ghul and a host of other big names from one of the most popular and long-lasting comic franchises of all time. Get just a taste of the game through the extremely well-done launch trailer below.

Everything about this production is bigger. Bigger world, expanded cast and more gadgets. Developer Rocksteady Studios has even compiled a Batman Arkham City Soundtrack full of big name, contemporary radio artists.  You’ll also get to play as Catwoman, Nightwing and Robin, each with their own DLC and trophies.

Continue on to page two for Pre-Order Bonuses and the Collector’s Edition breakdown.