Amazon has been in the television game for a short while now and have released several pilots of mixed genres. Some have even gone  on to full series, with Alpha House renewed for a second season and Bosch, recently commissioned for its first full season, being my favorites.

One of their latest pilots is Red Oaks. An 80’s comedy set against the backdrop of summer at a New Jersey country club. For a person that has lived most of his life tinged with nostalgia for the best parts of the 80’s this pilot hits most of the right notes. This due, in large part, to the excellent cast of characters.

Any show that leads of with Richard Kind ranting has a good shot at being a winner in my book. He plays the father to David, played by Craig Roberts. David is the focus of the show and our easiest way into this outlandish (yet eerily accurate) 1985 world, as he is perhaps the most normal of the characters. David’s mother is played by an 80’s icon of sorts in Jennifer Grey. The parents have an interesting relationship, as revealed in a heart-attack-induced confession by Richard Kind’s character. She may be a lesbian, and the dad wishes 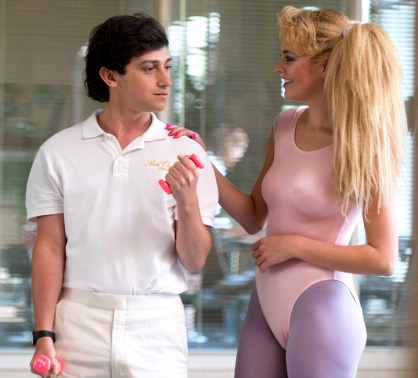 he had married an “oriental”. Which becomes more funny when the head nurse is an Asian woman. This is our intro to David’s world.

David has taken a job as an assistant tennis pro at the country club, though his father wants him to work in accounting. He shares his time at the country club with his girlfriend Karen, a fitness instructor, and Wheeler, played Oliver Cooper, probably recognizable as Hank Moody’s (David Duchovny) son on the final season of Californication. But most important of his co-workers at the club is Nash, played by Ennis Esmer, who is the full tennis pro and acts as a sort of country club guru for David. He helps him deal with a situation with club owner and father to a possible future love interest, Getty played by sitcom and comedy veteran Paul Reiser. Reiser seems to setup as the rich, evil foil to our normal-guy hero, David. Oh… one more big name to throw at you: Steven Soderbergh, producer.

I thoroughly enjoyed the pilot. It has the camp and silly of an 80’s teen comedy, anchored by strong characters portrayed be quality actors. It also seems to have the setup for serious moments and big laughs enhanced by the unabashedly proud 80’s aesthetics that people like myself enjoy.