Originally this was part of a 2 game post along with Betrayal at Krondor. I have split them up for readability, as so that as I post specific game favorites and can devote more content to that specific games. So without further ado, here is another of my favorite games, Mafia:

Mafia: The City of Lost Heaven – Illusion Softworks/Gathering of Developers

Often mislabled as being a Grand Theft Auto period clone, Mafia was a more serious, realistic and plot-driven piece than GTA was, something the GTA series has tried to remedy over the last few iterations. Mafia found a way to present an homage to the best gangster media over the years without feeling like they were ripping them off. The game is faithful to the time period in architectural style, weapons, vehicles (even the speed of them which some players complained of) and the music. Again music here is key for me, to providing an “authentic” experience. The score is amazing, and the licensed music, dominated by Django Reinhardt, is an excellent addition. Reinhardt’s music is some of my favorite of theJazz genre.

Mafia is an over the shoulder shooter and driver, and it works here. 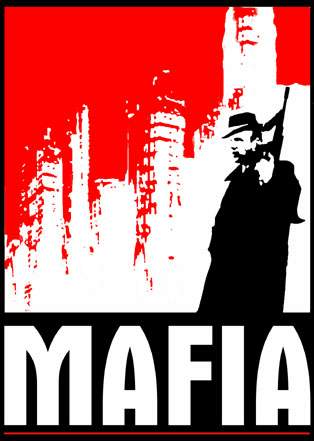 First person would have taken the focus of the story, which focuses onTommy Angelo’s rise through the ranks of the mafia from beginnings as a cab driver. Again here the story borders on the cliche due to the homage factor, but never falls over that edge that it straddles. Play this one before the long-awaited sequel Mafia II comes out nearing the end of this year. The original entry really pushed the graphics envelope in 2002, and the sequel looks looks like it will do the same.