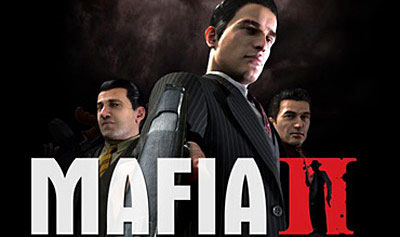 ***Check out the new Info on the Fallout New Vegas Soundtrack, with lots more classic songs from a similar time period as Mafia II!***
**** UPDATE, Full Mafia II Review – “Family” is Thicker Than Blood has been published, check it out! ****

As I mentioned in my Mafia 2 Preview and my updated Mafia game review of the original, music plays a huge part in this series.  Mafia spurred my interest in Django Reinhardt and many of his tracks are mainstays on my ipod now.  Period authentic music is a perfect method for enhancing the realism and immersion and the developers have continued the trend with their latest entry in the series Mafia II.  The recently released Mafia 2 music list, while not a true Mafia II soundtrack listing, gives us a good picture of what to expect from the game music.

As you can see the Mafia II Soundtrack features a plethora of artists, all the most popular one from the time. The game is out tomorrow, so look for my initial impressions of the game soon, and then a full review to come shortly there after. Playing the Mafia II Demo gave us a glimpse at the excellent use of the Mafia II soundtrack towards the games authenticity. Can’t wait to play the game!