The six-episode first season of AMC’s The Walking Dead, based on The Walking Dead comic books came to and in this past Sunday.  The season closed with a literal bang as the CDC building entered the final phases of it’s catastrophic “end-event” procedures, and annihilated it self and the two people remaining inside.  The episode brought to close a big departure from the source material and whittled down the remaining cast by one more. Those that remain are essential to continuing story.

A lot has been said about how faithful this show needs to remain to it’s source material.  At time the series has almost been shot for shot, and at other times there have been minor deviations or reworkings of scenes from the comics.  The major changes will stand out the most for fans who are not new to the material.  While overall, I am happy with the series thus far, particularly the acting of some key cast members, I can’t help but agree with The Walking Dead Writer (comic and television) Robert Kirkman, who said that he wishes, “we had killed more people this season.”

Part of the tremendous strength of the graphic novels is that save for possibly 1 or 2 people, no one is safe from getting axed (so to speak), and even the main characters are quite susceptible to major damage, beyond the psychological.  There is perhaps only one glaring omission from the list of those who did not survive that fans of the written series most likely are surprised by, myself included.  For the sake of those who are new to The Walking Dead, I will not name them and just say, the strength of the acting for the character probably kept them around; however for the narrative, they need to go early in the second season.  The event of that character’s death sets a precedent and a tone for many of the truly shocking things to come. 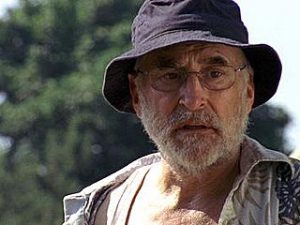 While the story has been slightly shaky at times, the show has been carried by a few strong performances.  Andrew Lincoln’s Rick Grimes has been pretty spot on. He is the emotional focal point of this show.  He has to be strong though he may not feel it, and his priority is his family at all costs.  Veteran character actor Jeffrey DeMunn, as Dale,  has been pretty damn good as well.  He adds a gentle weight to his scenes. The moment with Amy Smart’s character near the end of the finale is an excellent depiction of the depth of his skill as an actor.

Amy Smart’s Andrea and Sarah Wayne Callie’s performances as the main females leads have unfortunately been spotty up to this point, though the finale showed the best work from both of them thus far.  I’m not sure this is really any indication of acting prowess but rather the way their storylines have been written thus far.  The character of Andrea really becomes a bad-ass in the comics, but we aren’t at that point yet in The Walking Dead’s tv narrative.  As for what happens with Lori Grimes… we’ll have to see where they take her character in relation to the source material. 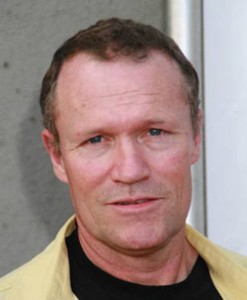 Some reports have stated that entire Walking Dead writing staff had been fired.  Darabont has since disputed that.  What we do know is that a second season has been ordered, reportedly for 13 episodes (a real full season for an hour-long drama). A bit sketchier is the return date; stated as. “probably October” of 2011.  Most accounts don’t have work starting back up again for another 6 months.

This seems like a bit of a gamble for a show that has a fairly specific built-in audience, is trying to gain a mainstream on based on the strength of it’s characters, and only had an initial 6 episode run which was, a little wobbly at times.  It sounds like the majority of the cast has been locked down for the return.  I wonder if we’ll see Michael Rooker again?  As I said, I am overall pleased with the show and look forward, slightly impatiently, to it’s return.