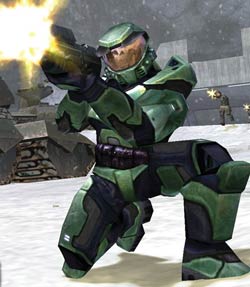 Every year the question after E3 is who won?  Sometimes its clear-cut, other times things are simply divided by fanboy (and/or girl) lines.  “Insert Console Company” kick “Insert other Console Company’s ass this year.  Oh, and Nintendo is for kids! “Console Company” is for “insert favorite ethnic or homophobic slur”.  Well this year doesn’t seem to be too much different with reactions coming in for and against Vita, Wii U and the heavy dosage of Kinect.

The truth is that the developers won this year, not any console or handheld maker.  There are a ton of great games coming out between now and Christmas, and then between Christmas and Spring of 2012.  Considering how heavy the slate is with sequels you wouldn’t think this would be the case, but the franchisse being continued for the most part are all worthy.  Assassins Creed Revelations, Uncharted 3 Drakes Deception, Ninja Gaiden III, Hitman Absolution, Mass Effect 3, Skyrim etc.  All big name franchises with big-time followers.  We also got a glimpse of some truly interesting new games like the sandbox creation game From Dust, actioner Neverdead, Metro Last Light and El Shaddai amongst others. So I guess you could say the E3 Winners are us, the gamers who can look forward to a schedule jam-packed with gaming goodness.

So, who are the E3 Losers?  I guess it’s all a matter of what camp you align with, what your expectations were before E3 and what you expect to happen moving forward.  The stock market says that Nintendo’s new announcement of the Wii U didn’t meet expectations, and their stock price has dropped (wish I had money to buy in now).  However people counted Nintendo out after the Gamecube and even moreso after the Wii announcement.  I

see the potential in their machine, their solid first party line-up and commitment from top third-party companies already.

Microsoft didn’t have anything in the way of new hardware to announce even though their competitors did.  Some could see that as a loss. There have been complaints about their huge push of Kinect games and UI/TV functionality over core gaming.  However, in general, I think they are furthering the Kinect technology (except for that horrid Star Wars demo) and if they could figure out how to get the games off-rails and retain quality as I mentioned in my Microsoft E3 2011 Breakdown article, I see good things for Kinect.  It’s pretty damn fun.

Sony had to spend the start of their press conference apologizing  for the network hack. They then tried to cover too many things in short bursts for my tastes.  Uncharted 3 looks strong.  Their new handheld looks beautiful and has an attractive price-point for people willing to spend around $300 on handheld devices (3Ds, iPod Touch, iPhones, other ridiculous cell phones).  It’s not in my budget nor in my logic to carry something around with me that is that expensive.  Also, Nintendo has owned this market for so long… can 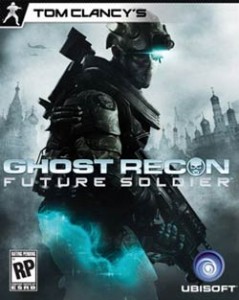 Sony really break in this time?  Their software line-up is strong, again bolstered by another Uncharted game for Vita.

So all the big companies have their pluses and minuses.  Who loses?  I think it’s the consumers again.  You have Vita $250, the 3DS with better software coming out that will run you another $250, you have Wii U which I would expect right around the $400 price-point Plus you need all of your peripherals to go along with that. Then you also have a berserker barrage of quality software coming out for all of these systems.  Who’s pocket book can sustain all of this?!

So, I guess this year we win and we lose. But losing never came with so many choices…

Leave your thoughts on E3 Winners and Losers.