Continuing our look at the October 2011 Game Releases schedule, we head to the second week of October. More Sequels, racing, air combat, zombies and magic. If only they could combine these all into one….

exclusively on Xbox 360. This, the 4th entry in the series is getting some attention for supporting Kinetic. Kinetic features are said to include virtual steering as well as new head tracking features.  Kinect will also allow the player to “walk around and inspect the inside of their vehicle”. This is an extremely popular series due to its beautiful visuals and realistic racing. The game has been getting high marks in early reviews. [amazon_link id=”B0050SYQLG” target=”_blank” ]Forza Motorsport 4 Limited Edition[/amazon_link] comes with VIP car pack, American Muscle-car Pack, Custom BMW car pack and the 2012 BMW M5. It also features a BMW Dashboard Theme, stickers and VIP community access. Amazon gets an exclusive Subaru Impreza WRX STI code while Best Buy gamers receive a BMW 1-Series M coupe. Purchase or Pre-order Forza Motorsport 4 standard edition below or grab the Limited Edition from the above link. 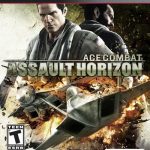 Not gonna lie, I know virtually nothing about this series. This is a long-running arcade-style air combat game.  This installment takes place in the near future (2015) with a story from best-selling author Jim DeFelice. Amazon buyers get a $10 promotional credit. Looks like Best Buy pre-orders receive the Ace Combat Limited Edition Soundtrack CD.

Dead Rising 2: Off the Record

Dead Rising 2: Off the Record retells the story of Dead Rising 2, however this time it starts 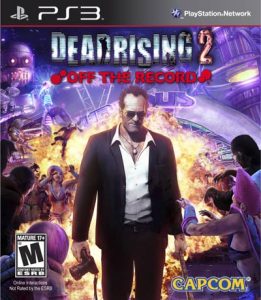 Frank West the photo-snapping protagonist of the original Dead Rising.  Along with Frank’s camera comes the the ability to take pictures for PP (points) as in the first game.  The game promises to feature new cut-scenes, enemies, missions and weapons. The game also, most importantly to me, features a sandbox mode.  Sandbox mode allows the player to check out the entirety of Fortune City without the annoying timed mission mechanic.  As somewhat of a completionist or at least an in-depth explorer of games, it bothered me that I could not complete all side missions of the game.  The timer felt like a forced mechanic, providing an illusory re-playability factor. Dead Rising 2 Off the Record Pre-orders will only hit up your wallet for around $39.99.

This is the latest entry in the Heroes of Might and Magic series, a PC turn-based strategy game.  Though numbered at 6, this is a actual a prequel to the 5th installment.  The game features both single-player and multi-player modes.

The late-to-the-party [amazon_link id=”B005N4HBIW” target=”_blank” ]Red Dead Redemption Game of the Year Edition[/amazon_link] with all the bells and whistles will be released at around $49.99 as well. And, hey Mac people you get something during this week. Batman: Arkham Asylum

, welcome to two years ago!