comes with some pretty cool stuff.  Mass Effect 2 got a similar treatment plus a connection to the “Cerberus Network” which served as the DLC downloader and activator for collector’s edition owners.

Just like the recently announced Uncharted 3 Collector’s Edition, the Mass Effect 3 Collector’s Edition is getting the steelbook treatment with an awesome look at the omni-blade which can be used in hand to hand combat and stealthy kills.  Also included is an N7 fabric patch, which is displayed next to the beautiful lithograph print from the games concept art.  The lithography is a unique image and comes in 4×6 size. 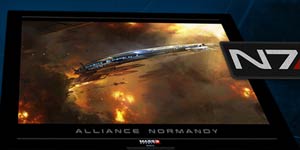 Of course, what kind of Mass Effect 3 Collector’s Edition Pre-order would be complete without some exclusive in-game content? Included items are for appearance and some cool in-game weapons.  It remains to be seen if individual retailers will offer exclusives this time around.  But that’s okay, we’ve got plenty of time until launch. 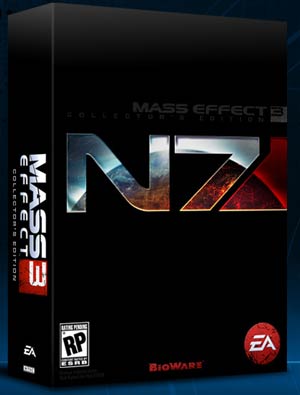 So, Mass Effect 3 Collector’s Edition Pre-Orders are now live at your favorite game retailers.  This looks like an excellent package for fans of this series and the game looks to be an epic conclusion to what has been a true evolution of the Shooter/RPG hybrid.  The Mass Effect 3 Collector’s Edition pre-orders are listed at $79.99.  The next 6-12 months are going to be an expensive one for game collectors and limited edition enthusiasts.

Who knows how many of these editions are available, but as the launch window has been extended into 2012, there will be plenty of time for them to sell out. Get your [amazon_link id=”B0050SZES0″ target=”_blank” ]Mass Effect 3 Collector’s Edition pre-order [/amazon_link] secured if you don’t want to get left out in the cold on launch day 3/6/2012. Yes, it’s gonna be some great times for gaming. 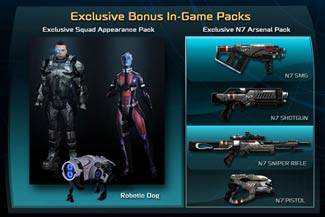 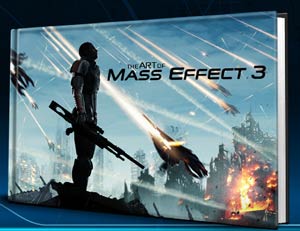