Okay, I’m gonna call the round-ups of short reviews Abbreviated Review… very exciting and original I know. Let this begin the summer of gaming for me. This break is an unusually long 4 week stint, and a precursor to final final quarter at the Art Institute… and then back into the real world again… maybe it will be better than when I left it before, I have major doubts about that though. 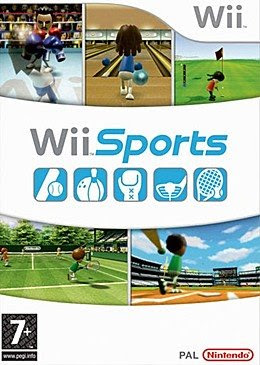 Wii Sports (Wii obviously) a really fun, albeit shallow tech demo that ships with the retail version of the Wii. It is a nice indicator of where things can go with this sort of innovation. The real future of games begins in the generation after this I believe. This is where this style of innovative control will mix with the full-on visceral experience of high-definition audio and video gaming.

Wii Homebrew (Wii again) I won’t tell you how this works save for the fact that hackers in the Twilight know the path. The most amazing thing I have to say about this is the already existing port of the ScummVM engine to the Wii console. It is soooo much fun playing Monkey Island with full CD Audio on a 62-inch DLP television… now I just need to get those component cables and see how that works out. The Wii has much potential for homebrew, which works well, because I have a strong Nintendo-nostalgic feeling running through me whenever I use this system.

New Super Mario Bros (DS) Yes I am behind the times, yes this is a great innovation to the Mario series, keep all the structure that makes it the classic that it is, and add just enough new spice to the mix that it feels like a better dish overall.

Brain Age (DS) A Nice Little exercise for the brain. It sometimes helps me to get my mind going, can’t wait to give the newer versions a try and see what has been added. Super Dodgeball Brawlers(DS) Haven’t played much of this yet, however it is an update to one of my favorite NES games of all time, and thus I love it already. I have yet to figure out exactly how the power throws are initiated. It used to be you simply run full steam and throw. This works sometimes, but not others. I suppose I should read the instructions.

Touch the Dead (DS) Fun little house of the dead-style rails shooter. Blow zombie heads off with the touch of your stylus. It is a bit repetitive, the graphics are slightly lacking for what the DS can do, and the story is only barely there. The sounds are good, and the zombies appropriately creepy, especially when they rip off their heads and throw them at you… I play this in small doses, and it can be quite hard at times.

Mass Effect (PC) This is one of those times where the 360 kicks everyone’s ass. I remember seeing my cousin play this a bit, and wondering when the hell it would get its PC port. Well that time has arrived, and I am thoroughly enjoying. The Uncharted-Space mission are quite repetitive, but have just enough story that I 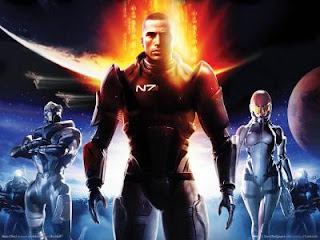 side-quests thus far haven’t really disappointed me. Most of the plot is fairly easy to figure out and the back love-story is a little silly. I have already don’t get too frustrated. The core story and main come across one point in the game where am I essentially forced to choose which of two of my crew members will die, and it was an agonizing choice, and I was not happy with the aftermath. This moment made me feel the story and identify with the main character Shepherd even more.

Team Fortress 2 / Orange Box – Holy crap, why did I wait… because it ended up being $29.99… that’s why. Multi-playing TF2 is some of the most gaming fun I’ve had in years, and the first time in quite a long time that I have consistently played an over-the-Internet game. 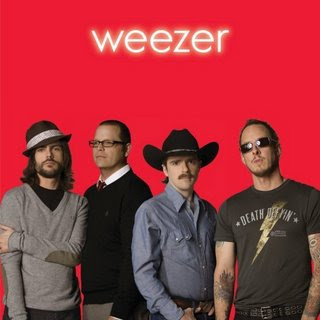 Weezer (Self-Titled / RED) What can I say, I dig Weezer, even through what some people consider their sub par stuff. It’s one of those situations where you say, yes the later stuff is not as good as the earlier, but even the later is better than most radio tripe. Pork and Beans had to grow on me after a few listens. The Greatest Man that ever Lived is epic, and I listen to that the most. I would also say that Everybody Get Dangerous has good single potential. Hearing the other guy’s lead vocal making it on to the record can be a bit of a mixed bag, but they are passable, and Brian Bell in particular has had several songs not make the final cut for a couple of albums.

Phew… long post.. More Reviews (abbreviated or otherwise) possibly upcoming: Okami, SSMB, Mario Galaxy and Mario Party 8 for the Wii. Uncharted, Folklore, GTA4, Ratchet and Clank and Army of Two for the PS3. Possible Blu-ray reviews include Michael Clayton, 3:10 to Yuma, SuperBad, Rambo, Pan’s Labyrinth, I am Legend, No Country for Old Men, American Psycho and 300. Let me know if there are any of these titles in particular that someone wants more expanded thoughts/reviews on. Also add Arrested Development on DVD to that list.

Oh and one last thing… episode 10 of BSG’s final season…. FRACK!!
And, 2009 for the final episodes….. DOUBLE FREAKING FRACK… MOTHERFRACKER!

Buy One Month, Get One FREE!