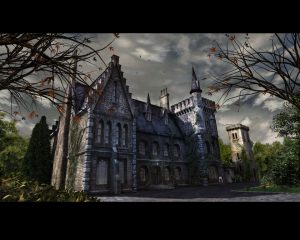 I read some news today that the game Gray Matter had received it’s release.  A little further research shows that Gray Matter has been released in Germany and as a digital download release.  The game is in native German but has an English option.  Apparently the American release is set for February of next year in native English.  What difference there is in the English voicing of the German and U.S. releases remains unclear.  I hope to pick up a copy either way.  I will update this post should I find out the differences.

For those that don’t know Jane Jensen is a fairly well-known adventure game developor, writer and novelist.  She is perhaps most associated with her days with Sierra which was later bought out and destroyed by Vivendi Universal.  While at Sierra, Jane was most responsible for the Gabriel Knight Series, which to me was probably the pinnacle of Sierra’s adventure game properties.  Back in the day, Adventure Games were huge; though they are making a comeback, the number will never compare to the later 80’s through the mid 90’s when Gabriel Knight, Police Quest, Monkey Island, King’s Quest and the original Sam and Max ruled the sales charts.

I could devote entire posts to the Gabriel Knight series, and maybe someday I will, for now check out the Gabriel Knight Wikipedia page for information.  Also note that Jane is married to Robert Holmes, composer of the GK series, who along with Michael Land (Monkey Island) and Mark Siebert (Conquest of the Longbow) were some of the finest Adventure Game composers of the day.  I hope to provide more in-depth discussion of them in the future as well. It appears Holmes once again composed some game music for Gray Matter

Gray Matter is described as a murder/mystery adventure game, and the concept art and screenshots look perfect for the genre.  The game sounds ambitious in scope, along the lines of a Vampyre Story which had similar game design legends behind it.  You will play as 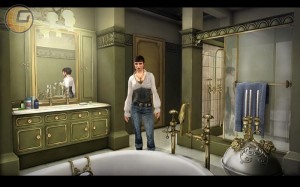 Samantha Everett assistant to Dr. David Styles an Englishman who has become a recluse after the death of his wife in a ‘terrible accident’.  When Samantha begins gathering test subjects for an experiment of Styles things quickly get out of control as Styles is tormented by the ghost of his dead wife.  Samantha has to solve the mystery of ‘The Dread Hill House’.

The short synopsis sounds sort of generic, but there are few details out.  The concept art and early sound samples, along with again, adventure gaming royalty’s involvement, have a good setup which makes me hopeful for a worthy end product.  It will be good to play a new adventure game once it receives it’s state-side release on PC and XBOX 360.

Check out the trailer, a little on the cheesy, music definitely has an old-school feel which evokes some of the underlying tones of the Gabriel Knight Theme.