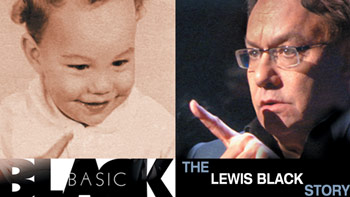 I was sent an invite code in my e-mail for EpixHD from Verizon which apparently is a new channel for Verizon cable services. Whether my household has the channel I don’t know… I don’t really watch TV these days…. not on TV anyway. EpixHD has an online component which offers the movies and specials that they show in streaming form. My initial sign-up tells me that it lasts for seven days, and there are some higher bandwidth HD options grayed out. I assume that you can purchase the service and get full 1080p streaming, and Verizon is sure to let you know you can buy their services.

I noticed there were some comedy specials available for streaming, so I thought I would throw on one in the background as I researched and prepped some articles and did my normal information and media sponging, where I rapidly browse through news and media sites attempting to fill my brain with as much information as possible before passing out only to wake up the next day and find that I have retained exactly .0001% of it. While browsing for the Lewis Black special after looking through their categories I found Epix Originals. Which not only contained David Cross: Bigger and Blackerer, which I’m listening to now as I write this, but it also had a feature called ‘Basic Black – Lewis Black’, which is a documentary on the man himself.

Lewis Black, along with Louis CK, Chris Rock and the aforementioned David Cross are some of my favorite comedians working today. Black has a way of capturing the “every-man” anger and frustration with the way things work. This is an excellent little documentary along with a look at life on the road with Black and some of his long-time friends and colleagues. Perhaps the most interesting thing about watching this was discovering that as Lewis states himself, he spent 20 years as a playwright. This career failed, but not due to the quality of work. Instead, the economy of the time and some hilarious circumstances that have to be heard from the man himself to fully appreciate delayed success. This failure in the theatre is what drove him into stand-up, and from the early clips you will find that Lewis hasn’t changed much, and neither really have the subjects of his comedy, just the names and the level of frustration. Fans of Black need to check ‘Basic Black – Lewis Black’ out one way or the other. Apparently, he is dabbling in writing for theatre again which I hope continues.