Last week’s Walking Dead Season Two premiere left with Carl being shot. As we open the second episode “Bloodletting”, Lori is speaking to another mother in front of the school, waiting for Carl to emerge.  She speaks of rocky times between her and Rick, complaining that he doesn’t react enough… uggghh. She’s trying to “remember” what love is and if she

still loves Rick. That’s when Shane arrives to tell her of the shooting that opened up Season One. We then return to the present, as Rick frantically runs with Carl in his arms, Shane and a newcomer following after.  Otis is the name of the man who accidentally shot Carl and he directs Rick to Herschel the owner of the farmlands they are now running through.

Herschel’s crew stands on the porch safeguarding the home briefly until they determine that the boy is shot as opposed to bitten.  Herschel appears to be a doctor of some sort and quickly begins working on Carl, with Rick providing blood transfusions. Shane has to keep Rick together because he wants to leave and get Lori. These moments really show the connection and strength of friendship that these two men have, or at least had at one point. Shane is gentle yet firm.  When the time comes he holds down Carl as a bullet fragment is removed sans anesthesia, a difficult scene to watch.

The rest of the group is still out looking for Sophia, unaware of what’s happening at the farm. On the highway T-dog and Dale look for medicine in abandoned cars. T-dog now has a blood infection from his lacerated arm and he is feverish and delusional. Andrea is attacked in the woods by a walker before being saved by a woman on horseback from the farm who takes her to Rick.  The rest of the group returns to the highway where Daryl reveals brother Merle’s stash of drugs, which includes antibiotics and painkillers. 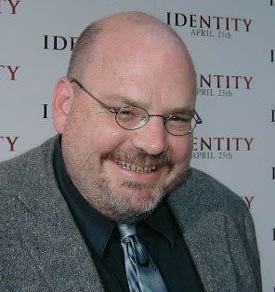 Meanwhile Shane and Otis arrive at the highschool with makeshift CDC checkpoint in order to grab supplies.  The school is overrun with zombies.  They are able to distract them using flares from a nearby abandoned police vehicle.  They get into the mobile medical building and begin looting supplies, including oxygen tanks and a respirator.  Trouble begins when they leave as the flares haven’t distracted the zombies for long and they are soon on the run.  The duo eventual lock themselves behind a flimsy security gate with an army of walkers pressing in and that’s how the show leaves us this week.

Jon Bernthal’s Shane really gets to shine this week. His character gets to focus on on Rick and the strength of their past friendship and momentarily forget about his troubles with Lori, though you can still seem them in his eyes when he talks to Rick about Lori’s strength when he was shot. He is tender, yet commanding, taking the lead again as Rick struggles with the situation at hand.  Then he takes on a mission with bad odds and we leave him trapped. Lori continues to be all over the place, which I guess is fitting given her circumstances. She gets catty when she finds out that Herschel is a vet, insisting that he’s in “way over his head.” Herschel’s simple reply sums up everything nicely, “Ma’am, aren’t we all?”.

The new character of Otis is played by a wonderful actor by the name of Pruitt Taylor Vince. He’s sometimes type-cast as redneck and a seedy guy, but he can fill up much meatier and interesting parts, see Heavy or The Legend of 1900. I look forward to more of his work on the show. The Walking Dead Season Two premiere broke viewership records and Season Three is a sure pickup.  Come back next week for the next recap.