So I Married an Axe Murderer on the Oregon Coast 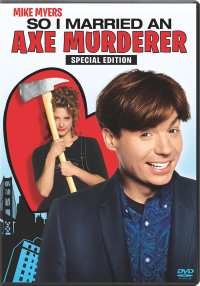 Hey friends, family and visitors. I realized that I hadn’t got to posting an general thoughts on things apart from reviews and previews lately. I’ve been so caught up in establishing my commissioned/semi-professional writing that I have forgotten to share or discuss normal stuff. I’ll thank Melanie for that. Reminding me to write for me. Don’t get me wrong I love discussing films and games, but there’s more to me than that… at least I think there is.

I am writing this from the Casa de Crater Bed and Breakfast located on the beautiful Oregon Coast while my recent bargain purchase of So I Married an Axe Murderer plays on the Blu-ray player in the background. I love this movie and I love the coast. My friends Jane and Nathan were gracious enough to let me stay here while they are back in Portland. Though it would be 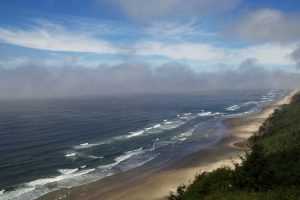 nice to visiting with them, I did get to visit with them and their beautiful daughter before I headed out of town. I must admit this is really comfortable. I have always had great affection for the ocean, and being here is where I would like to be at permanently.

Of late I have found that I have avoided coming here. I had tied up my memories of the coast with someone I would rather forget. So there are moments when this is difficult. Sharing a place you love with someone you feel strongly about is a lovely thing, but right now that’s not in the cards for me. Maybe that will change, maybe it won’t. But I’m taking the coast back for myself.

Traffic was terrible so I ended up cutting across 6 and coming back up through Tillamook. Every major park was overcrowded, including Shorts Sands aka Oswald State Park. After noticing a certain trend on the license plates of the cars crowding the parks, I wrote this letter:

It’s James here. I wanted to write you this little note. It’s kind of just a reminder. Were you aware that both of your states are also located adjacent to the Pacific Ocean, and that where your states and the ocean meets there are beaches? Shocking, I know, but true.

But who can blame you guys I guess? The Oregon Coast is insanely beautiful. I wish they had park rangers at the state parks like Phil Hartman in Axe Murderer (that part just came on). My name is John Johnson, but everyone here calls me Vickie. Close it up. Close it up.

75 degrees and blue skies, got a bit of a sun-burn on the arms, and did some wine tasting before heading back to the house and the always cool Wine Haus with host Jeff. A White Merlot, a reisling and two muscat selections the final one sparkling, it was really nice. It’s rough… hope everyone is doing well, especially those of you in the 96 degree Portland Heat. Hope to have pictures soon. Do I want to leave tomorrow? Negatory good buddy… Negatory…